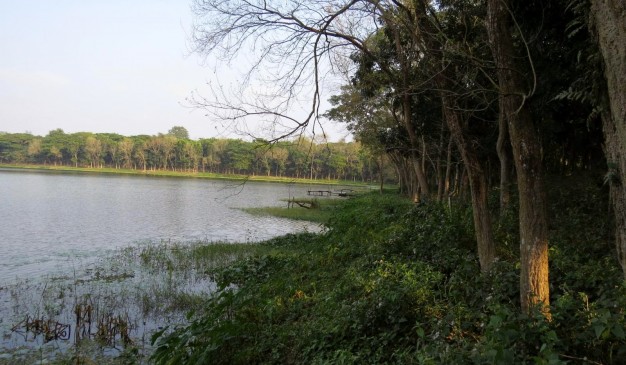 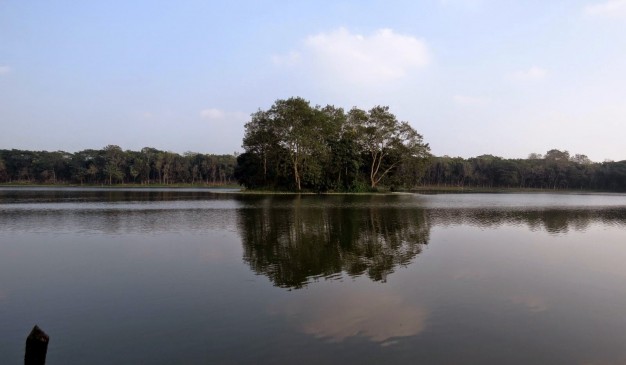 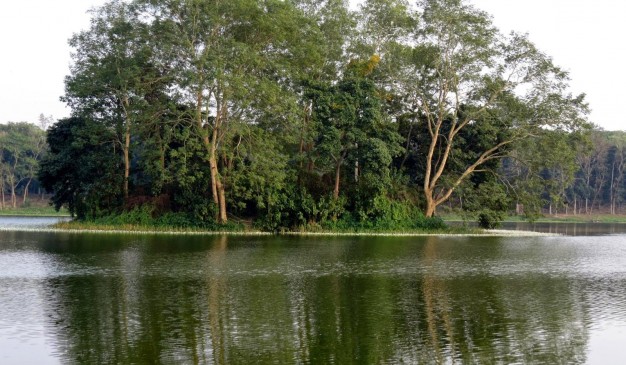 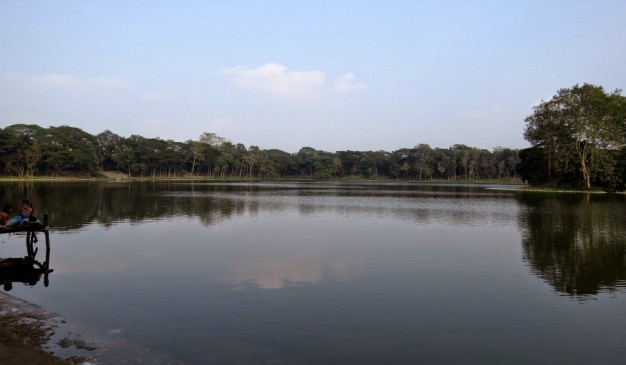 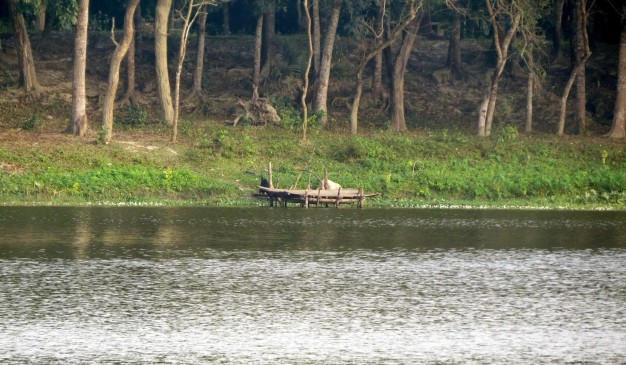 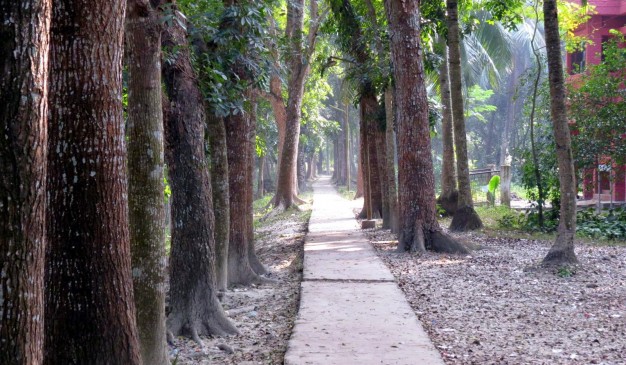 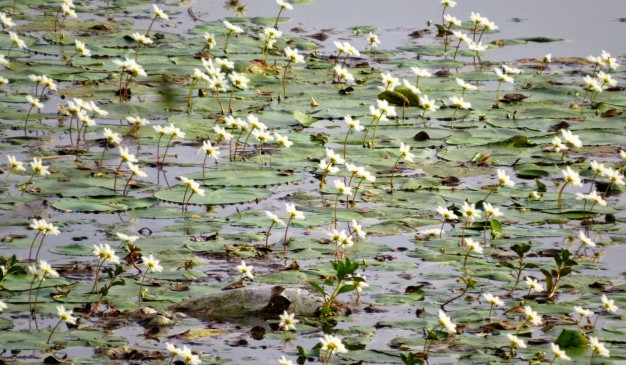 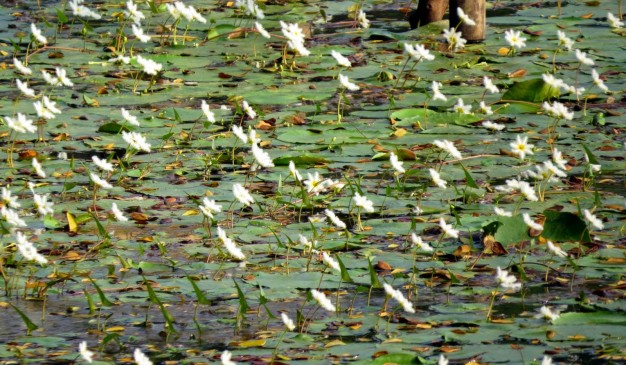 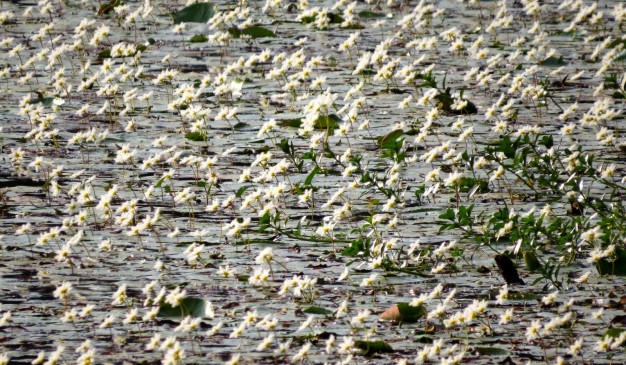 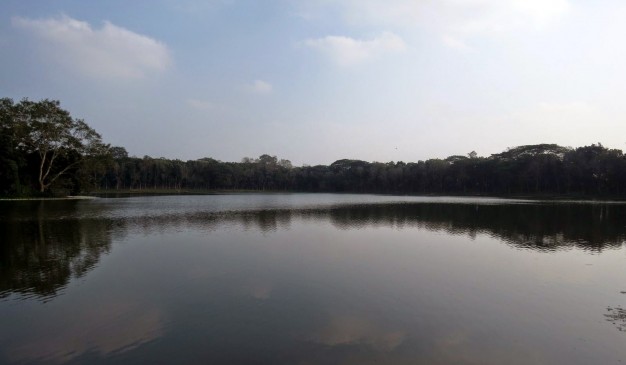 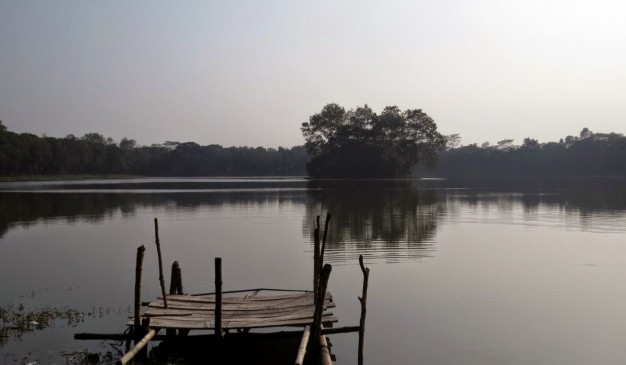 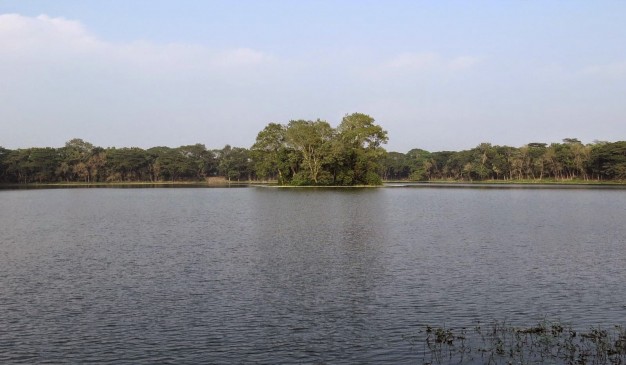 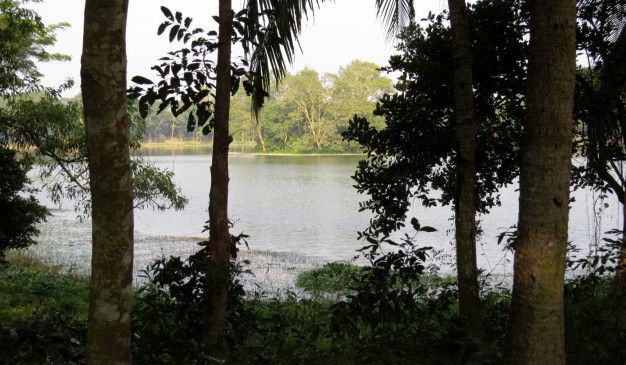 Durga Sagar is the largest pond or dighi of southern Bangladesh, with an area of about 2,500 hectare. It is located at Madhabpasa village of Babuganj Upazila, about 11 km away from Barisal town. Locally it is known as Madhabpasha Dighi. Initially there were four brick built ghats each having 15 m width. Due to the lack of proper maintenance jungles gradually surrounded the dighi.

However in 1975, government renovated it to some extent. There is a forested hill in the lake, which is like a small island. There are coconut trees around the dighi which together with the dighi are bounded by brick-walls. There are two gates each on the eastern and western sides of Durga Sagar. In the middle of the dighi, there is an island with bushes.

The pond Durga Shagor Dighi can also be written as Durgasagor Dighi. It is a massive pond that was dug during 1780 by Rani Durgaboti (রানী দুর্গাবতী) who was the mother of Raja Joynarayan (রাজা জয়নারায়ণ). The initiative was taken to ease the water crisis of the local people. That time it had four ghat at the four sides of the Dighi. Later those got ruined and covered with jungle. This large water tank is named after that magnanimous Rani Durgaboti (রানী দুর্গাবতী).

Later in 1975, the Dighi was restored and these days only two ghat available at the north and west side. Now a days, the area is totally bounded by the walls. It has a footpath around for the pedestrian. It requires to pay 10 Taka to enter inside the premise. You can have a swim at the massive pond if you have extra cloth with you. They have a facility for fishing on there. You just need to pay the amount to get the permission.

It is another famous place from Barisal that everyone knows. It will be better if you can take a battery driven auto rickshaw with you for round trip. You need to pay 130 Taka per hour. Also, you can take the local bus from the Nothullabad (নথুল্লাবাদ) bus stoppage to minimize the costing. It should take around 30 minutes to go there. GPS coordinate of the Durga Shagor Dighi is (22°45’40.42″N, 90°17’17.25″E).

How To Reach: Barisal District

Barisal is connected with Dhaka both by roads and rivers.

You can travel to Barisal district by road as well. Several buses drive from Gabtoli bus stand every hour to Barisal. Most of the buses go to Barisal by crossing Paturiya Ghat, but some of the bus services may also go by passing through Mawa Ghat.

Some of the names of buses that travel from Dhaka to Barisal are:

Each bus leaves every hour from 6:00am until 10pm. The reaching point is Nokhullabad bus stand in Barisal and the journey may take 6 to 8 hours.

Launch starts from Sadarghat at 8:00 pm and is expected to reach Barisal launch Ghat within 8 to 10 hours.

Barisal is also connected to Dhaka through air. Flight starts from Dhaka airport and arrive at Barisal. United airways are currently the only airline, offering flights to Barisal from Dhaka. Plane fare starts from BDT 3925. For more information, go to United Airways.

Some of the hotels available in Barisal district are as follows:-

There is a picnic spot in the surrounding area of the dighi. Barisal development board presently is looking after it. Around the dighi there is a brick pathway. People can catch fishes from it.
There is also a park where visitors can spend leisure time by roaming around the park and watching the birds.

Barisal is famous for sea foods. One can easily get taste of Barisal foods in local restaurants. Referred to where to eat in Barisal, click here

Poddo Beel of Ghagutia is located beside the Ghagutia BGB camp. Local people pronounce the name as Ghaguitta (ঘাগুইট্টা). As you require boat to explore the beel, you might find that in the house just near the camp. The owner's name of the boat is Mohammad Shohel.

As the water level decreases day by day, it is hard to push the boat through those dense leafs of lotus and lilies. The number of lotus flower is not few to count. Usually in the morning the flowers are being collected by the villagers. You may see the broken stalk of flowers everywhere. You can collect lot of flowers and Poddo fruits from the Beel during your ride. The whole Beel is covered with plants like Poddo, Shaluk, Chad Mala, and other aquatic flowers.

Beside the Beel, the Indian border is visible easily. In fact, 20 percent of that Beel are actually located inside India. But almost 80 percent is inside Bangladesh. In Summer, when the water dries up completely, villagers cultivate paddy there. Again in the Monsoon, the Beel gets flourished with Poddo (চাঁদ মালা) and other aquatic flowers.

Mohamaya Irrigation project is the second-largest man made lake constructed in Bangladesh after Kaptai lake, at a cost of BDT 23 crore in Mirsharai Upazila of  Chittagong district. Government is also planning to install a 50 kW mini hydroelectric power plant here. 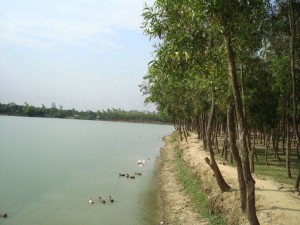 “Sukh Sagar” is a large tank of Dinajpur. The… 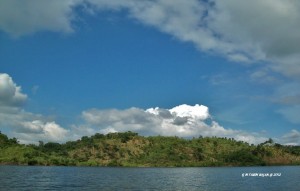