Rubber Forest is not just a forest to look over, it’s a popular place now a days for tracking, wondering, picnic center and so on. While exploring Mymensingh, there are some extra-ordinary places to pay a visit. Rubber forest/garden of Santoshpur in fulbaria Upazila is one of those. Fulbaria rubber forest and processing industries is one of the renowned places in this district. ORB Team recently visited that place while exploring the heritage of Mymensingh.

It belongs to an area of 106 acres which make this place look like a massive forest. Besides rubber garden there is a significant number of monkeys being found in a place inside the forest. Where you will also find a small forest office. Local people call this as Bandar office (বান্দর অফিস/বানর অফিস) which is very funny indeed. Nearby the office you may discover monkeys wondering around in a particular area with pride & dignity, as it seems like you just entered into their territory. It would be wise not exchanging any food with them, people may suggest you to buy them some peanuts. Once you buy for them, certainly they will be obedient for you and may follow your go.

One and half kilometer from Monkey zone, a traveler will find an industry of Rubber processing which is very near to the link road, connecting the forest with main road. It’s named after “Bangladesh Forest Development Corporation, Rubber processing factory”. Here a traveler can observe the whole methods of rubber processing. However, if someone is interested to observe the methods from the very beginning of collecting raw rubber from the trees, then we would rather suggest to stay in nearby places of forest for one or two days. But, it would be so tough to stay nearby places beside the forest as there is no residential hotel or boarding to stay overnight.

There are a significant number of Buses available from Mohakhali bus stand moving towards Mymensingh. If you want to go Fulbaria Upazila, then you may ride on a Bus name “Alam Asia”. It will drop you at fulbaria bus stop. From fulbaria bus stop, you may ride on a CNG auto rickshaw moving towards Keshorgonj bazar. At Keshorgonj bazar, there are some auto-rickshaws available moving toward Bali ghat (বালি ঘাঁট). You may take a walk from balighat to the forest. Another option is to hire an auto rickshaw from Keshorgonj to the rubber garden.

Nearby the forest there’s almost no options for food facilities. So a traveler should find somewhere to eat nearby Fulabaria Bus Stop.

Faridpur Sugar Mill is located in Modhukhali of Faridpur district. It was set up by the Government in 1974-78 at a cost of Tk. 144.55 million. The sugar mill started trial production in 1976-77.

Cane crushing capacity of Faridpur Sugar Mills is 1016 M. Tons per day and sugar production capacity is 10,160 M. Tons per annum. Since establishment, the sugar mill has produced 10,427 M. Tons of Sugar per annum on average at an average sugar recovery rate of 7.73% from sugarcane. Highest sugar production was 16,828 M. Tons in 1994-95.

Mohini mill was the largest factory compound area in the entire Indian territory during the year 1912. It was a textile industrial area to produce fine quality fabrics. Millpara (Mohini Mill Area) bears the proud memories of mass people and symbolizes the historic significance of Industrial development. The combined effort by Mohini Mohon Chakraborty, Poet Rabindranath Tagore, Jogot Kishore Chowdhury and Chomon Lal made this possible to establish this Mills in the year 1912 on an area of 99 bigha.

For the economical freedom of the people in this region Bangabandhu Sheikh Mujibur Rahman nationalize that Mills in the year 1972 and his directions paved the way to open a new unit of BMRE (Balancing Modernizing Reconstructing Engineering).

This mills was running well until 1982. Later onward this mills fall in great loss as a result of conspiracy and corruptions by few selfish people. On 5th of February 1982 this mills was announced to close its door and black day came for 3000 labors at that time. After the closing labors didn’t stop their movement for the re-opening of this Mills. Later by the order of Honorable Prime Minister Sheikh Hasina this Mills re opened for the labors on 17th of February 2009. But the scheming and corruption didn’t stop. Which at last result in permanent closing and this Mills was sold to private sector in the April, 2013. For now being this Mills is closed and stopped working.

Bangladesh Machine Tools Factory (BMTF) Ltd. is one of the largest company enterprise of its kind in Bangladesh.The factory has an area of 249.55 acres with a covered area of 60310sq meter. It was commissioned on 11th February 1979. BMTF is a state owned limited company under the management of Bangladesh Army. This factory has enormous prospects to open up new avenues with products and services for local & foreign markets. Under the management of Bangladesh Army, BMTF is now reshaping itself to respond to the new challenges.

Bangladesh Ordnance Factories (BOF), commonly known as Arms Factory, is an integrated and important base for indigenous production of defense equipment and form the backbone of the country’s defense production. It is one of the largest defense industrial complexes under the ministry of Defense, producing conventional arms and ammunition to international standards. It was inaugurated in 1970. BOF is situated about 50 km from Dhaka, the capital city of Bangladesh, at Gazipur Cantonment, a model township with most of the civic amenities available. 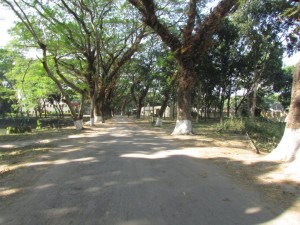 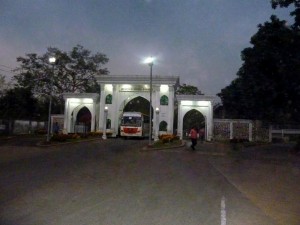