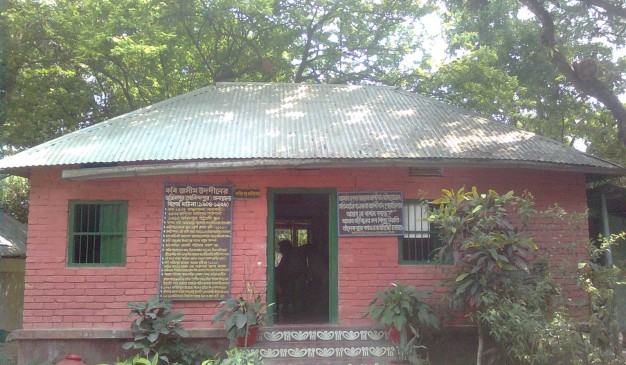 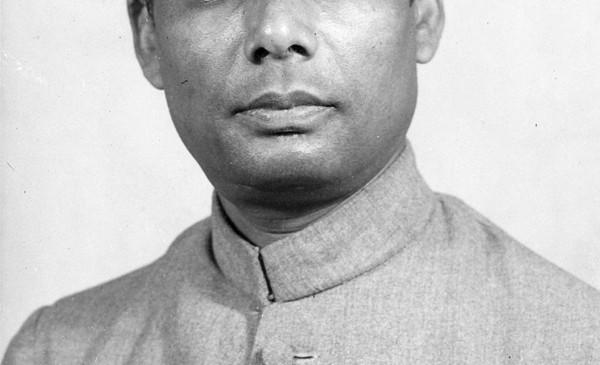 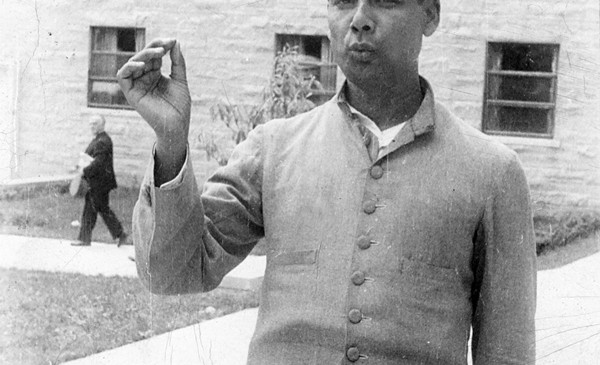 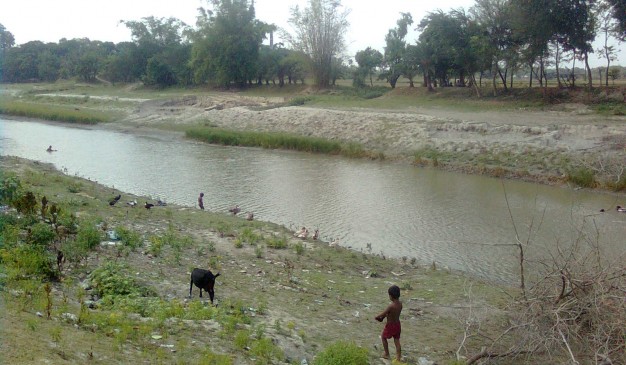 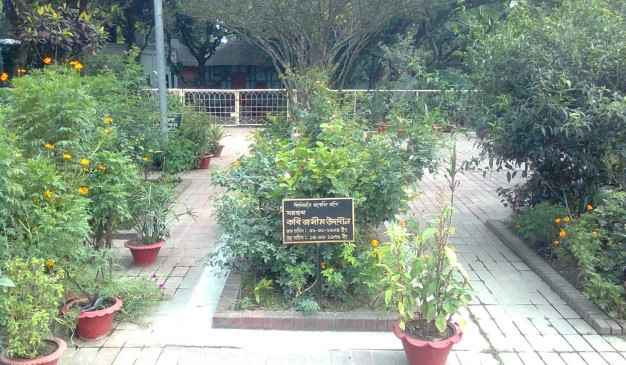 Jasim Uddin is the famous poet from Bangladesh, especially for his dedication to write poems about the folklore culture. He is the only poet from the country whose poems depicts the beauty of the villages and people of villages. The house of our beloved poet is situated by the river “Kumar”. The river itself is an enchanting for its beauty and environment. Inside the house premise, you’ll find the grave of the poet (actually a family grave for poet’s family).

To enter inside the house premise, you’ll require 5 taka per person. Inside the premise, you can see some used objects of the poet, for example camera, plates, bed, chair, some photos etc. You’ll find lots of quotes from the poet (some from speech, some from poem, and some from story). You’ll love to read those from there. Especially the ones those were at your text book during your childhood education.

At the outside of the house premise, it’s a nice picnic spot. Lots of visitors used to come to this place to pass the afternoon. The river, and the field beside the river is lovely for enjoying the beauty of the sunset. The large field beside the river is now a playing ground for the local people. They used to pass their afternoon using playing football or other local plays there. It’s also a lovely scene where kids are playing. For visitors, there are benches to sit, under sheds.

During the 1st January to 18th January, there used to be a Mela (Fair) at this ground by the name of the Poet. But the Mela unofficially used to extend for another 2 days. So the total duration is 20 days.

After reaching in Faridpur District, take any local transports to visit that place.

How To Reach: Faridpur District

It would take around 3 hours and 52 minutes to travel Faridpur from Dhaka city via Tongi and Baipayl (বাইপাইল) through crossing the river. The distance is around 138.1 km. Air distance from Dhaka to Faridpur is 56 km.

There are many restaurants in Faridpur district to have food. Referred to where to eat in Faridpur District, click here

Array ( [0] => Array ( [name] => Mir Mosharrof Hossain Memorial Museum [post_id] => 22069 [post_link] => http://offroadbangladesh.com/places/mir-mosharrof-hossain-memorial-museum/ [thumb_link] => http://offroadbangladesh.com/wp-content/uploads/2015/10/P_20151017_143917_1_p-300x169.jpg [post_content] => Mir Mosharraf Hossain (মীর মশাররফ হোসেন) was a famous Bengali language novelist, playwright and essayist in 19th century. He is popular among the people for his famous novel Bishad Sindhu (বিষাদ সিন্ধু). It is a novel based on the tragic death of the grandchildren of Holy Prophet Mohammad. The incidents behind "Ashura" is being well written in here. He is considered as the first novelist to emerge from the Muslim society of Bengal. He was born and brought up at Lahinipara in Kushtia District. Though he was born in the village of Lahinipara (লাহিনিপাড়া) in Kumarkhali (কুমারখালী), Kushtia in 1847, but after that he spent most of his life in Padamdi in Baliakandi Upazila under Rajbari District. He was born in a Muslim aristocrat family. The original house at Kumarkhali being demolished almost 130 years ago. In the year 2008, government established an auditorium in that place along with a primary school. That place is used as a museum too, which is named as Mir Mosharrof Hossain Memorial Museum. Inside the Museum, visitors may not discover a significant number of collections. But, a few collections will make the visitor remember the lifestyle of this great novelist. There are only some agricultural tools, chairs, glasses and some armors used by Mir Mosharraf Hossain is being displayed for the visitors. There are some rare and historical photographs too. Mir Mosharraf Hossain died in 1912 in Padamdi. In 1999, Government of People's Republic of Bangladesh decided to build a memorial complex in his family graveyard in Padamdi, Rajbari. Which make the traveler confused as two of these structures are almost in similar pattern concentrating on the memories. But a traveler has to keep in mind that one is in Kushtia and another one is in Rajbari. ) [1] => Array ( [name] => {:en}Chittagong Circuit House and Zia Memorial Museum{:}{:bn}জিয়া স্মৃতি জাদুঘর (চট্রগ্রাম সার্কিট হাউজ){:} [post_id] => 5490 [post_link] => http://offroadbangladesh.com/places/zia-memorial-museum/ [thumb_link] => http://offroadbangladesh.com/wp-content/uploads/2015/03/chittagong491-300x225.jpg [post_content] => {:en}

Chittagong Circuit House and Zia Memorial Museum Chittagong Circuit House and is situated near Chittagong Stadium at Kazir Dewri and 3 km. North end of the Zero point. President Zia was killed on this circuit house on the date of May 30th 1981 in the room no 04. Most of Zia’s activities including his household goods are preserved in this museum. Actually the house was built by British for their government’s high officials' as there resident; this house was also used by Pakistani army as a torturing center during the liberation war of Bangladesh. Pak army killed thousands of Bengladeshi in this house. Still the building looking very good and you will taste the architecture of the then British period.
Written by: Akash Mahamud

In 2001, after receiving a fund from the UNESCO, a museum has built by the government at Bagerhat in the UNESCO world heritage site "Shat Gombuj Mosque" complex. It is now being used as a learning center to let people aware about the ancient city named Khalifatabad established by Khan Jahan Ali which is known as Bagerhat today.

It is a one storied building. It has two large galleries to display antiques. Antiques found in Bagerhat are categorized into two parts. One of them are the earthen materials and another is wooden and slate (rock/stone). There is a photo gallery too to display the rare photos of artifacts and ruined architectural structures.

The building is built later but the designers made it with a beauty of ancient structure visibly similar with the mosque because of the dome so that the museum does not look odd in the complex. During the summer time, it is opened from 9 am to 6 pm for the visitors. The entry fee for the complex is 20 taka for Bangladeshi citizens and it is also the ticket of the museum, there is no separate ticket is needed.

The latest collection of this museum is the skin of the alligator (named Kalapahar) of Khan Jahan Ali. After its death, the skin is preserved and being displayed at the museum.

) [3] => Array ( [name] => Lalon Academy and Museum [post_id] => 22046 [post_link] => http://offroadbangladesh.com/places/lalon-academy-and-museum/ [thumb_link] => http://offroadbangladesh.com/wp-content/uploads/2015/10/P_20151017_123549_1_p-225x300.jpg [post_content] => Lalon Shah is the father of folk music in Bengali and the Emperor of the Baul (বাউল) empire. He was not only a singer and poet but also a great thinker and philosopher. He had knowledge on all religions and people did follow him for his diverse knowledge. Nobody knows from where Lalon Shah came from. According to locals, in 1774 an honorable Muslim man of locality named Molom Shah found Lalon floating over a river. Lalon was very sick and was going to die almost. But Molom Shah took very well care and gradually Lalon became well. After getting a new life Lalon became a follower of a great thinker and singer Shiraj Shah. But Shiraj Shah found something strange inside of Lalon and he became the follower of Lalon. Lalon Academy-Museum and The Shrine of Lalon Fakir is two adjacent building. The collection of this Museum is not so rich. Lalon Academy: The place where the tomb is situated is very nice. It has been developed now with a VIP Auditorium, an indoor and an outdoor Auditorium, a complex building of Lalon Academy, a car parking area, a market and a museum. There is also a beautifull garden inside of the area. Lalon Museum: If a traveler wants to see the tomb only then it’s free of cost. But if someone wants to see the museum then he/she will have to pay 5 taka for the Bangladeshi and 20 taka for foreigners as entry fee. In the gallery of this Museum traveler can discover some utensil being used by Lalon Shah. There are also some paintings of Lalon Shah inside the museum. ) ) 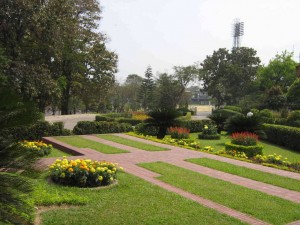 Lalon Shah is the father of folk music in…