Lawachhara National Park (Bengali: লাউয়াছড়া) is a major national park and nature reserve in Bangladesh. The park is located at Kamalganj Upazila, Moulvibazar District in the northeastern region of the country. It is located within the 2,740 ha (27.4 km2) West Bhanugach Reserved Forest. Lawachhara was one of the filming sites of the 1956 movie Around the World in 80 Days.

Lawachhara National Park covers approximately 1,250 ha (12.5 km2) of semi-evergreen forests of the Tropical and subtropical coniferous forests Biome and mixed deciduous forests of the Tropical and subtropical moist broadleaf forests Biome. The land was declared a national park by the Bangladesh government on July 7, 1996 under the Wildlife Act of 1974.

The terrain of Lawachhara is undulating with scattered 10 to 50 m (33 to 164 ft.) hillocks. Locally known as tila, the hillocks are primarily composed of Upper Tertiary soft sandstone. The park is crossed by numerous sandy-bedded streams (locally known as nallah), one of which is the Lawachhara tributary, from which the park derived its name. The soil of Lawachhara is alluvial brown sandy clay loam to clay loam dating from the Pliocene epoch. Shallow depressions filled with water (Haor wetlands) are also a feature of the region as the low-lying areas are often subject to flooding.

The climate of Lawachhara is generally pleasant to warm, averaging at 26.8 °C (80.2 °F) in February to 36.1 °C (97.0 °F) in June. The humidity is high throughout the year, and Lawachhara experiences frequent rains with occasional cyclonic storms.

The Park is situated at Kamalganj Upazila, Moulvibazar District in the northeastern province of Bangladesh. It is 9.4 km away from Sreemangal. After reaching at Sreemangal, take CNG to reach that park at Sreemangal-Bhanugach road.

How To Reach: Moulvibazar District

There are four train services from Dhaka to Sylhet. You can ride on these trains and get off at Sreemangal Station to head to Moulvibazar. They are Joyontika, Parabat and Upoban depart at morning, noon and evening. There is a new train named Kalini depart at afternoon from Dhaka. It takes 7-8 hours to reach sylhet. The ticket price to Sreemangal is around 225 for shovon-chair & it gets up to 512 taka for 1st class AC.

Moulvibazar has several good quality hotels in the town. There are some resorts too. Sreemangal, the nearby Upazila also has number of 5 star resorts around it. The list of hotels in Moulvibazar are given below:

It is the biggest rain forest in Bangladesh. A number of species are living in this forest.

1. You can enjoy variety of species in the Lawachhara National Park. There are 460 species, among them 167 species are plants, amphibian species 4, 6 of them are reptile species, 246 bird species which are majority and rest are 20 mammal species.

2. For an extensive adventure, you can always go for a big year (Bird safari) for the 246 species of birds.

Best Time to Visit 01-Nov to 31-March to enjoy the best of this vast rain forest.

Satchari National Park, a total area of 243 hectare, is located in Habiganj, 55 km south-west of Sreemangal Upazila. Though it is less popular than Lawachhara rain forest, it has a higher diversity of plants and animals and far less human disturbance. There are seven streams; the origin of the name “Satchari” came from these seven streams. A fair number of hillock gibbons, fishing cats, jungle fowl, pygmy woodpeckers and adaptive pied hornbills are the major features of this park.

Niribili Picnic Spot is one of the most beautiful places in South Bengal. In winter season huge people gather here to enjoy picnic. Many rides and recreation facilities are available here. 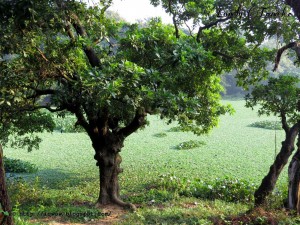 Botanical Garden is located alongside of Mirpur National 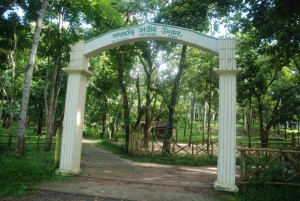 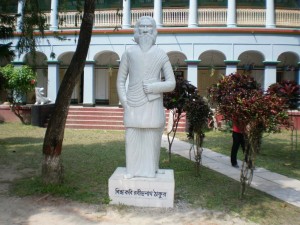 Niribili Picnic Spot is one of the…