Bangladesh has very few lakes enlisted under populous tourist spot. Apart from the list, there are few lakes available around the country those can be a supreme destination for any traveler. Raikhong lake is the most prominent from that promising list. The elevation of the lake has around 1165 ft.

This lake is situated at the Rangamati district, not at Bandarban. But, for its location, you have to go there through the Bandarban. That will be the easiest way among all other available, because Rangamati offers communication throw water path only, and also the lake is at the last corner of Rangamati district. No matter how you are going, it’s recommended to pick an expert or guide with you.

Around the lake, you’ll find two villages, one is at the eastern bank of the lake, and other one is at western bank. Those villages are known as Pukur Para (পুকুর পারা). May be it’s because of having around the lake. Both the village denizens are Tripura, but religiously Christian. People from West side of the lake used to do uphill and downhill task to come at the lake, but at eastern side’s villagers can access the lake easily being so close of it, and having almost at flatland.

People also call this lake as Pukur Para (পুকুর পারা) lake. Also from few local people I have heard them pronouncing the lake’s name as Raichong (রাইচং). Not sure which one will be the correct one. No matter what they are saying, or what we are, the beauty of the lake is not going to decrease by that.

Local people used to catch fish from the lake. There is no prohibition about catching fish from that giant lake. Tilapia (তেলাপিয়া) is the first choice from those fishes to stick over the net of the fishermen. At the eastern corner of the lake, there is a tiny Jhiri (ঝিরি) generated from the lake water. Probably that was created to keep the level of the lake water under control. During the rainy season the abundant water from the lake used to pass through that channel and used to join with the Raikhong Canal.

Being many hills around the lake, and the mysterious behavior from the sky, you’ll find different colorful scene at the lake water. Remember, half of the lake water is being untouched by the human. People don’t used to go those portions normally. So you’ll find that area of the lake more beautiful than the proximity of the locality. There is a helipad available at the Pukur Para Army Camp. From that high land, you’ll probably get a picturesque aerial view of the lake.

Swimming at this exquisite lake will be another charm. So don’t miss that opportunity. After a daylong hard working, you can easily be refreshed and replete your energy within few minutes. The water of the lake is very clear, and unlike the Boga Lake, there are no marsh under the water, so you can swim freely. But before swim, make sure there are no nets on the water, otherwise you can be in danger.

High level government officials used to visit the lake with their family. The used to come here using the helicopters! And stay at the army camp for a pleasing weekend.

Pocha Dighi and Ghora Dighi have own historical and religious significance toward the villagers. The crocodiles in the pond never will harm you even if you touch them. Here many people used to come every day in a way to make their wish fulfilled. As a result many gifts were given by them. The belief of them is high with that. So many wish have already been fulfilled. There used be a fair in almost every day. Different types of local items can be found here to shop.

Kaptai Lake is a beautiful blue man-made watery lake. The size of this Lake is approximately 11000 square kilometer, which was created as a reservoir when the Kaptai dam was built during the 1960. This amazing Lake was created by flooding valleys and plain lands between numerous hills all around the Lake. Kaptai has Bangladesh's only hydro-electric project. The Kaptai Dam on the Karnaphuli River created for this purpose resulted in the Kaptai Lake. This created a charming view as forested hills and plateaus rise from beneath the beautiful Lake water.

A stretch of road connects the tourist spots of Rangamati and Kaptai. The road goes deep into the hill tracts and displays the natural beauty and wildlife of the district Rangamati. The government of Bangladesh run Tourism Corporation and many private operators offer Kaptai Lake Cruise Tours, which is worth of it. Other scenic spots are also accessible through the waterways. Cruising on the Kaptai Lake is an enjoyable way of observing the landscape as many great picnic spots, natural landmarks and historic monuments are accessible only by boats.

Baikka Beel Sanctuary is to protect and restore aquatic biodiversity (particularly fish and birds) in Hail Haor. A secondary aim is through the visitor facilities to enhance enjoyment of the site and understanding of nature, the value of wetlands and need for their conservation. The sanctuary and its facilities are a model that can encourage replication of similar sanctuaries elsewhere in the country. Baikka Beel is a 100 ha wetland sanctuary located in Hail Haor a large wetland seasonally extending from 3,000-12,000 ha in north-east Bangladesh.

Baikka Beel comprises of open water with emergent vegetation (mostly lotus), and a fringe of native swamp forest planted in 5-8 years ago. Originally it was protected to conserve and restore fish and it supports about 90 species of fish, but populations of wintering water birds rapidly increased.

So far 141 bird species have been recorded in the sanctuary. Up to 9 Pallas’s Fish Eagles winter, Large flocks of ducks including up to 4,500 Fulvous Whistling-duck occur in winter, Great Spotted Eagle is regular, and good numbers and diversity of shorebirds, marshland warblers and other birds occur.

It is planned to construct a visitor centre and other facilities in 2010 with funds left over from the earlier MACH project. Visitor number have not been recorded as reliably as would be ideal, but are in the low thousands per year and include student groups, diverse government officials, and a wide range of foreign visitors. 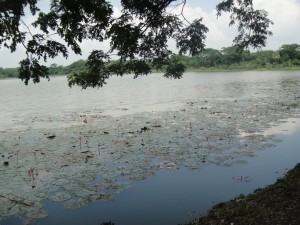 Pocha Dighi and Ghora Dighi have own… 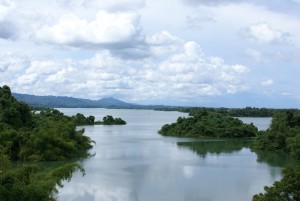 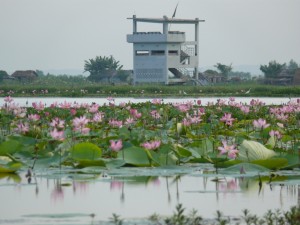 Baikka Beel Sanctuary is to protect and…