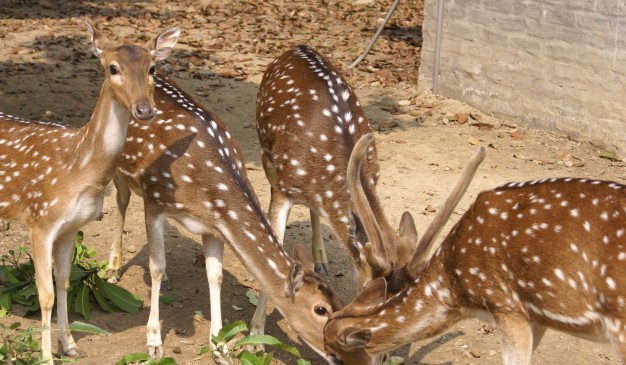 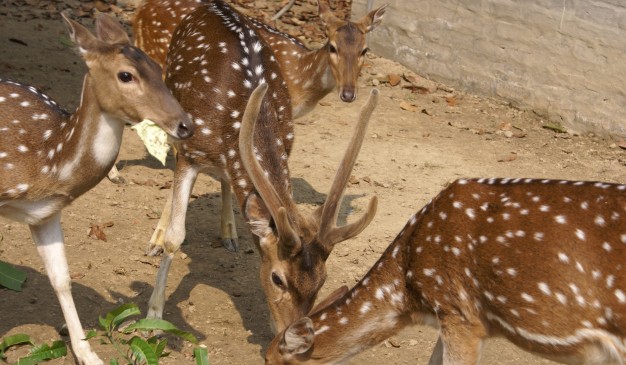 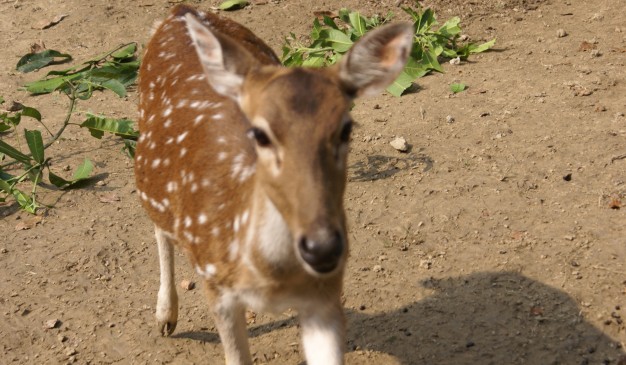 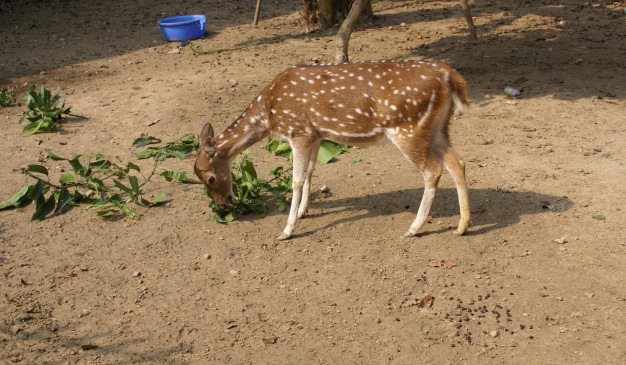 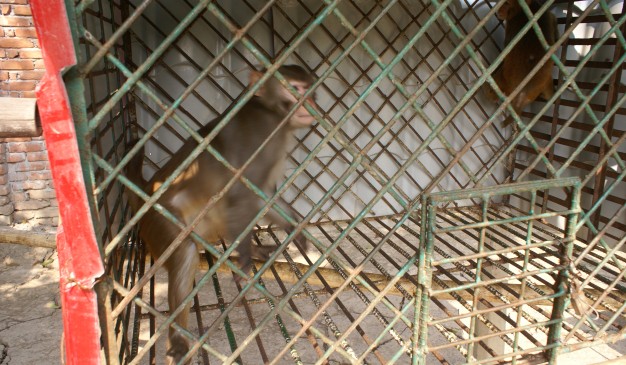 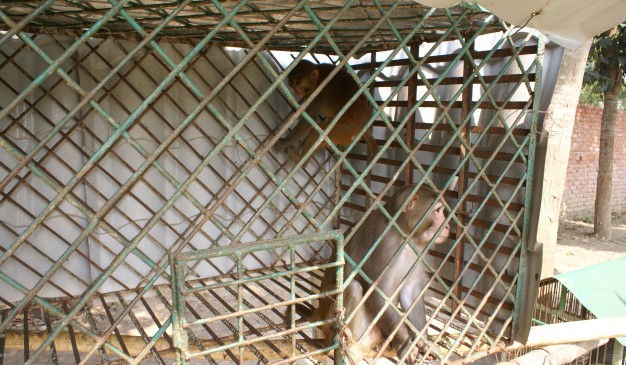 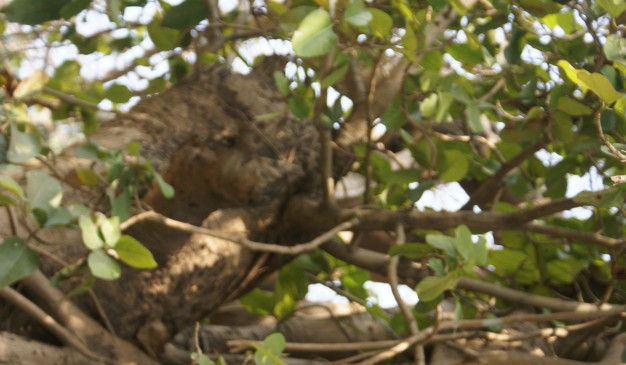 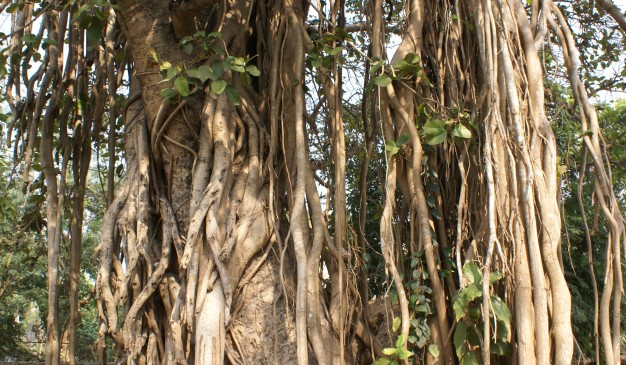 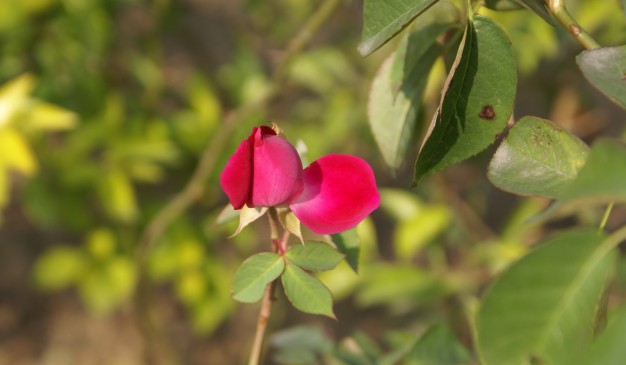 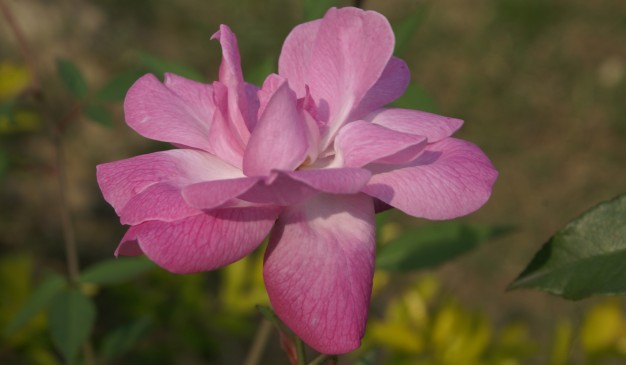 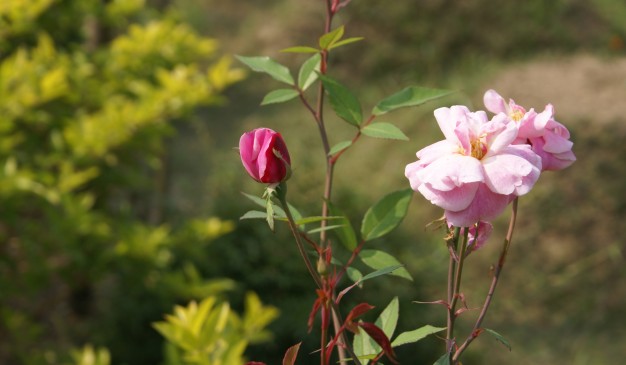 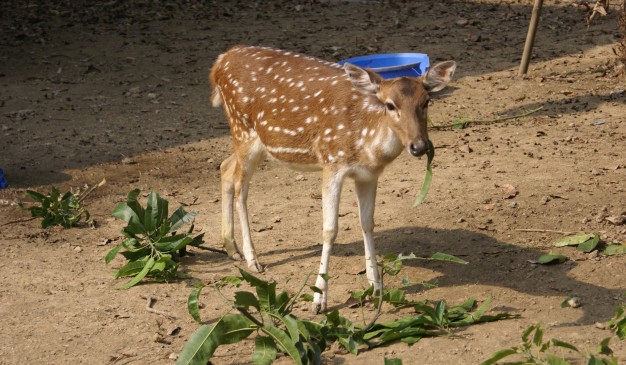 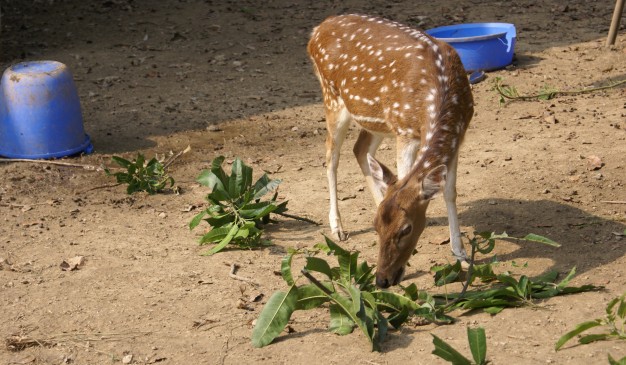 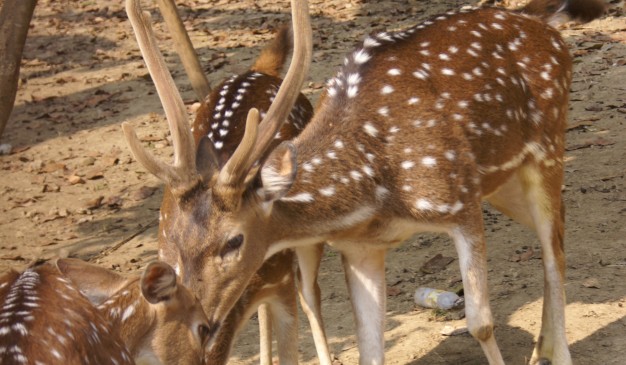 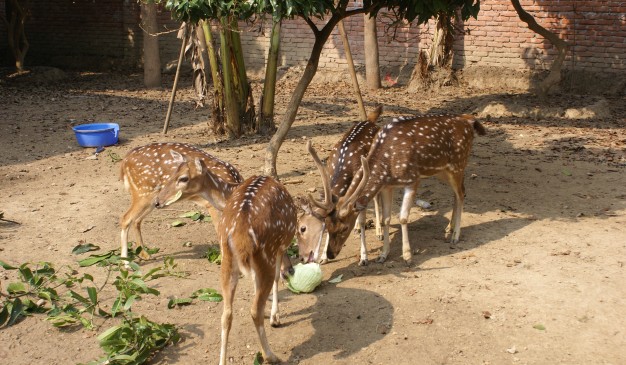 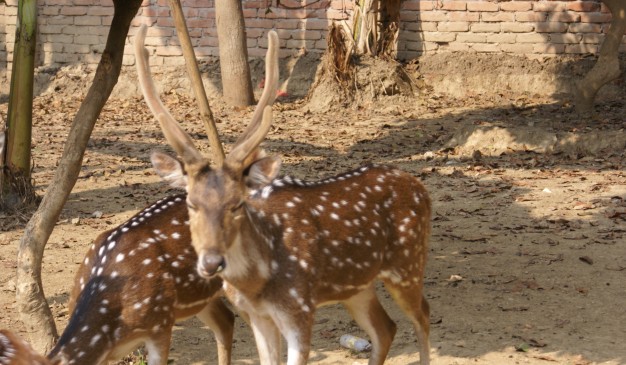 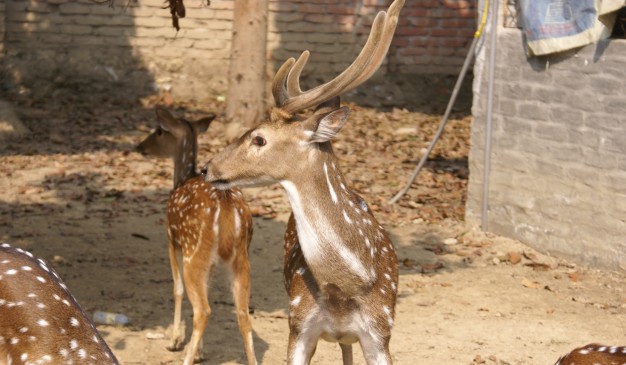 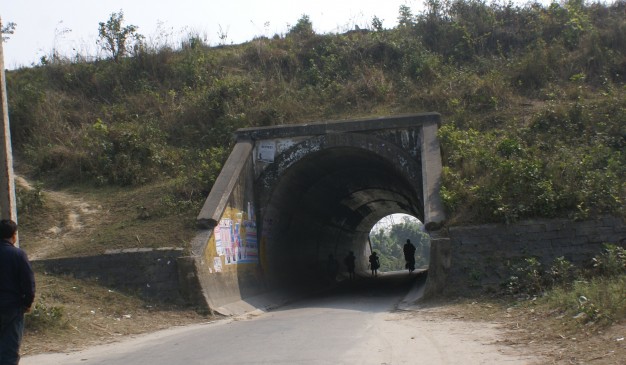 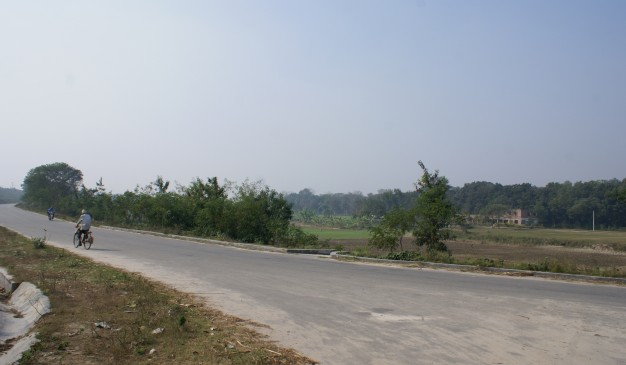 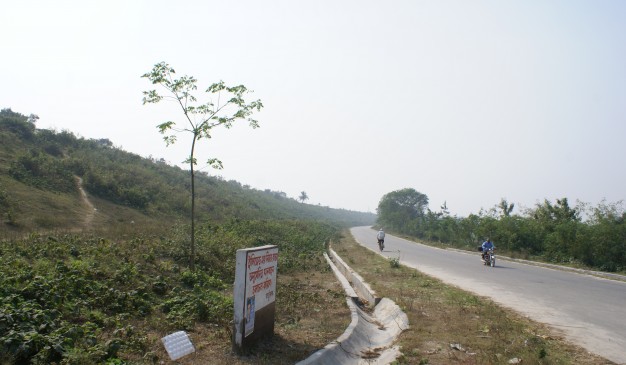 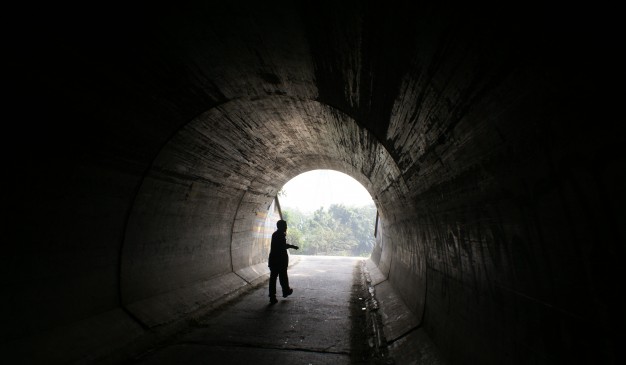 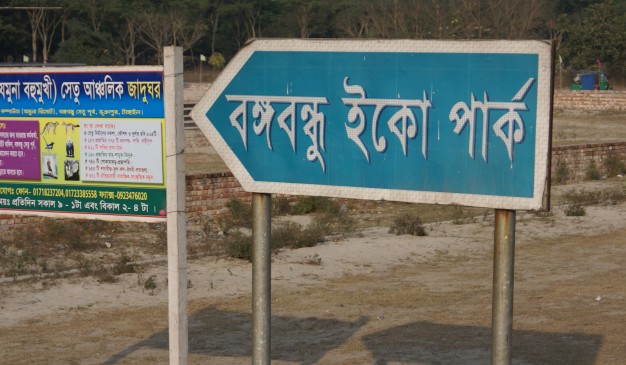 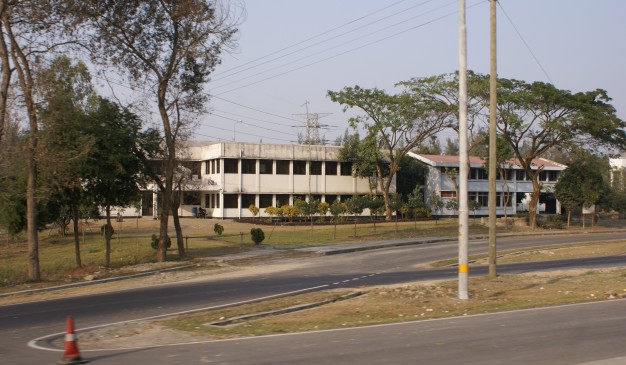 The Bangabandhu Jamuna Eco Park in Sirajganj, which could become a lucrative spot pulling in local and foreign tourists, has been in a sorry state for years. The park, about 125 kilometres north-west of Dhaka, has over 50 varieties of timber, fruit and medicinal trees and a zoo, but fails to draw many tourists due to a lack of necessary facilities and publicity, said visitors and officials concerned.

The 600-acre park on the western end of Jamuna bridge at Soydabad in the district was opened to public in 2008, but the authorities have not taken any initiatives to attract tourists. During a recent visit, this correspondent found the park in a state of neglect, with only a handful of visitors. The park has a small zoo with only four cages that accommodate only two sick porcupines and a few monkeys and hares.

Seven spotted deer were released into the park when it was opened, and their numbers redoubled in five years. But the animals have been suffering due to a severe shortage of drinking water, with no ponds dug in the forest, sources said. Ibrahim Khalil, in-charge of the park’s wildlife and c, said there were two peacocks in the park, but they were shifted to Dhaka after they fell sick a few months ago. “Visitors, especially children, love to see animals and birds. Therefore, more of these creatures could be brought to the zoo,” Khalil said, adding the government could earn huge revenues from the park if it was taken care of.

You can take buses to go to the Eco Park directly or rent a private car which would be highly preferable.

How To Reach: Sirajganj District

It is approximately 127 km away from Dhaka. Jamuna Bridge, the largest bridge of Bangladesh is situated here. Through this bridge it is connected to Dhaka the capital and the eastern part of country with both road and railways. It is a river port also. Besides it has a well-developed connection with northern and southern Bangladesh also.

Accommodation facilities in Sirajganj are as follows:

It is a picnic spot with a mini zoo for children. You can enjoy the beauty of the nature around the river and park areas.

You have to carry food with you when you travel to that location.

Please make sure you are carrying enough food and water. The best time for travelling to that place would be winter or summer. However, you can expect to have high temperature in that region.

"Hala Boter Tall" is one of the legend place of the district.  Almost a half-acre of land across a wide range of very ancient banyan tree near Kulaghat, Lalmonirhat.

People says that, banyan tree is at least 130 years of age. The field of Eidgah under that tree is older than it. In Pakistan period (1951-5 to khristabde) Fakir Pir was brought from jaunopur by the local khati fakir for certain. Pir Sahib was sitting in the trees below. A well was dag For the People coming to the field for oju. Being lack of water Due to the difficulties oju, Pir (saint) Sahib told to give a vessel of water to the well. The lack of water was then removed and never happened. It was also less than the time before the end of the distribution concerns khicuri Pir saheb give cover of the Pipkins. According to his instructions to remove the lid a little after the start of the khicuri distribution. At the end of the distribution of the khicuri few neighboring villages’ people who didn’t come to hear is also possible to send them. Pir Sahib was to go, but the place of speech was considered to be a holy place to people, people see with special respect towards the banyan tree too. After Bangladesh won its independence it spared. Every Friday still a lot of people from different places come here to be seen Manat. 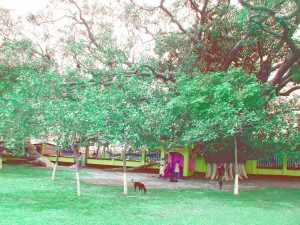 “Hala Boter Tall” is one of the… 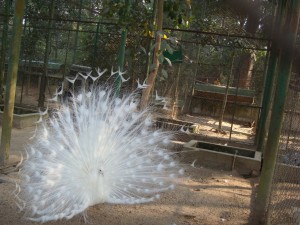