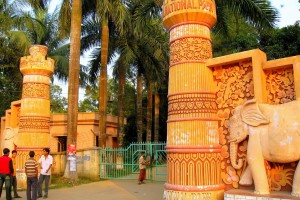 Bhawal National Park was established and maintained as a National Park in 1974. It was officially declared in 1982 under the Wildlife Act of 1974. The core area of the park covers 940 hectares but extends to 5,022 ha of surrounding forest. Its purpose is to protect important habitats as well as to provide opportunities for recreation. The area was noted for peacocks, tiger, leopard, Black Panther, elephant, clouded leopard and samba deer. The park has 220 plant species, including 43 different tree species, 19 shrubs, 3 palms, 27 grasses, 24 vines, and 104 herbs. The wildlife in the park includes 13 mammals, 9 reptiles, 5 birds and 5 amphibians. In addition the Forest Department has recently introduced peacocks, deers, pythons, and catfish.

How To Reach: Gazipur District

Dhaka-Tongi diversion road has connected Gazipur with Dhaka , and also Tongi – Kaligonj diversion road. There are 7 railway stations in the Gazipur district. They are: Rajendrapur, Sripur, Dhirasrom, Joydevpur, Tongi, satkhamair and Pubail.

Gazipur Town is connected through the City Bus. Pubail has city service Mohakhali to Narshingdi; called PPL(Pubail Paribahan Ltd.). And Dhaka to Kaligonj; this name is KTL, Adshy and other bus.

There are available buses 24 hours a day. It is easy to go Gazipur from Dhaka.
Anik Bus & Winner bus
From Azimpur to Tongi, Hossain Market

Train is also available from Komlapur railway station dhaka to Gazipur. Gazipur is an industrial area of Bangladesh. There are 7 railway stations in the Gazipur district. From Mohakhali any bus to go Gazipur bus stand (you can use CNG or Taxi also).

The hotel management is very good here. You can get different types of hotels here. If you want less priced hotel then you will get it & if you want good hotels then there is also no problem. Some of the hotels name is included here-

Natore DC Park is located near Natore Children Park in the Rajshahi-Bogra Highway, inaugurated in 1st January 2006. The inaugurator of this aesthetic concept was Mr. Mohammad Ilias Hossain, the Collector, District Magistrate and District Commissioner of Natore. The main intention behind building this park was to beautify and redecorate the District Commissioner’s Office, but it has been a tourist attraction these days. Apart from that attractive park, there is a lake and fountain yard in between the park and main road. This lake was inaugurated in 16th September, 2013 by Mr. Zafar Ullah, The Deputy Commissioner of Natore District.

Each day, many of the inhabitants come to this lovely environment to enjoy their leisure time with family and friends in the yard. The Antarctic natural air frost may amaze you by bringing tranquility into your mind.

Amusement World is a dry park with the usual theme park rides and attractions as well as boat rides on the lake, landscaping, restaurants, concerts with floating stages, scenic walking trails and many other fun activities. It even boasts a resort hotel. We have something for every age and taste. The biggest attraction is the beauty of the lake and its surrounding hills. Our park is right in the middle of it so you can have the fun and thrills as well as the serenity and peacefulness of Foy’s Lake. It also hosts many corporate picnics and other events.

The brand new Foy’s Lake Resort is a unique getaway in Chittagong where you can stay in luxurious accommodation while enjoying the natural beauty of Foy’s Lake and the entertainment of its two theme parks. Natore DC Park is located near 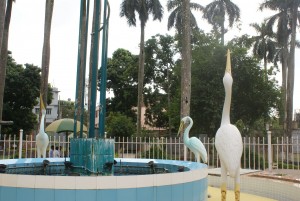 Saudia City Park is an amusement park located in… 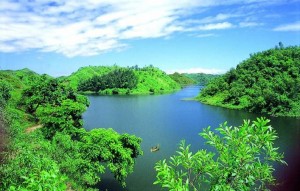