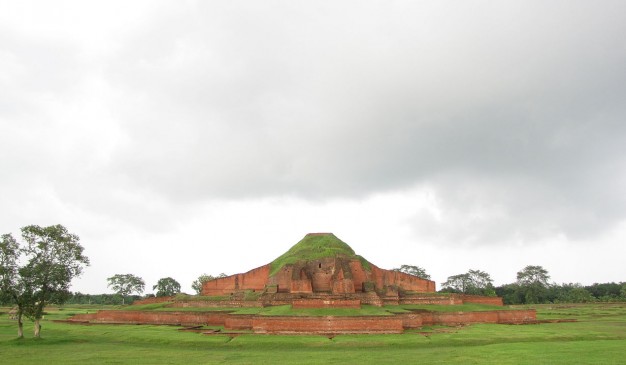 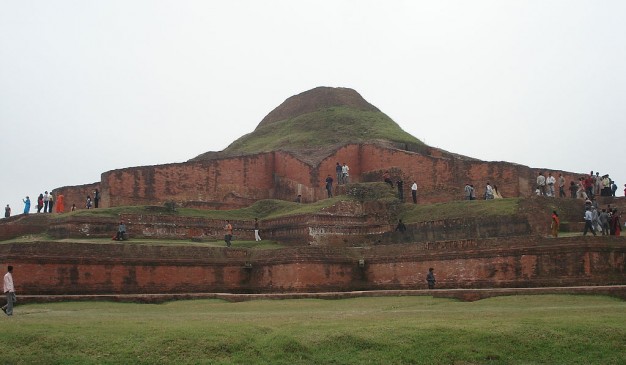 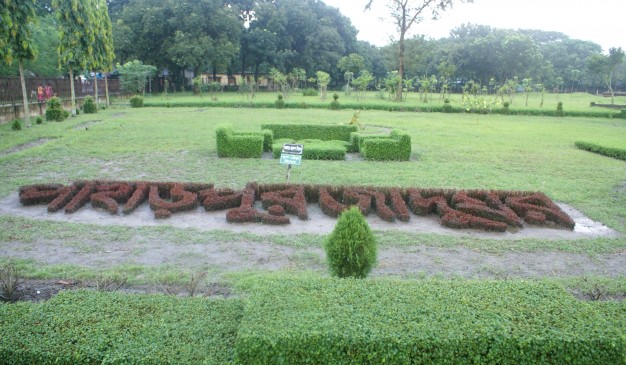 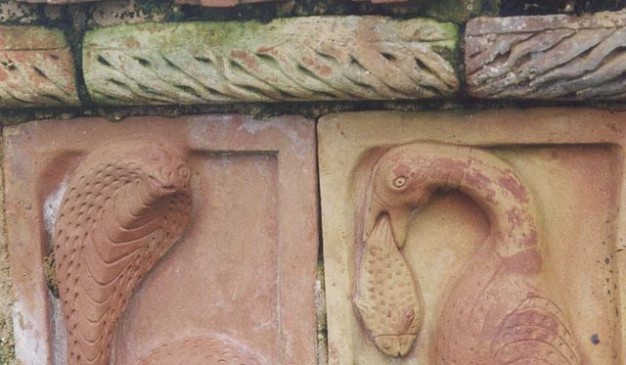 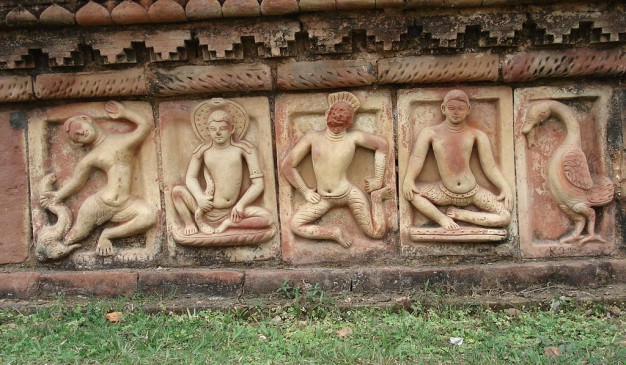 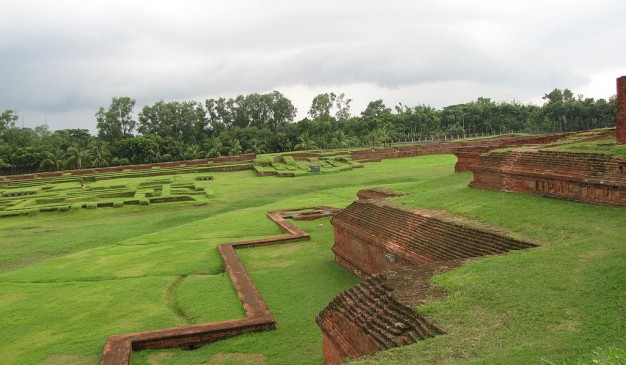 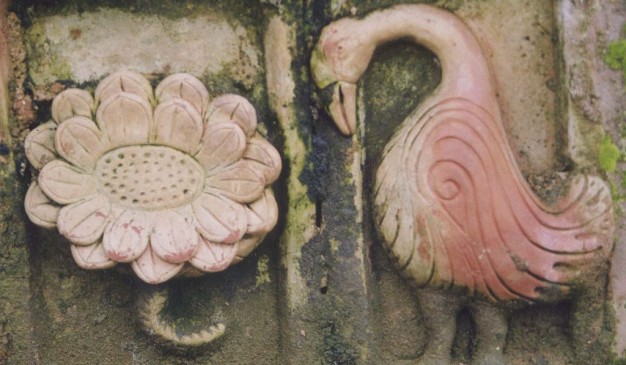 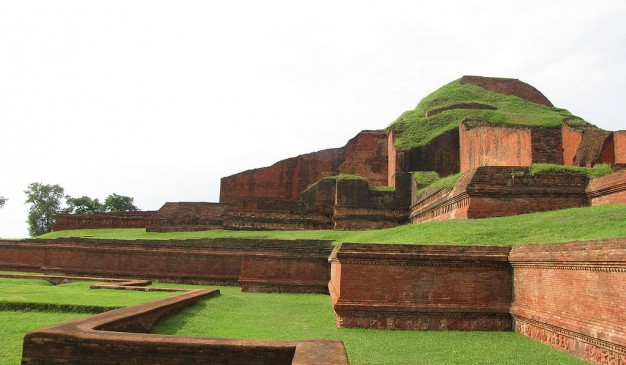 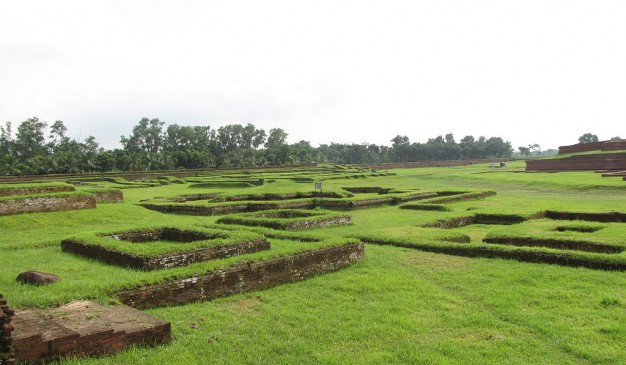 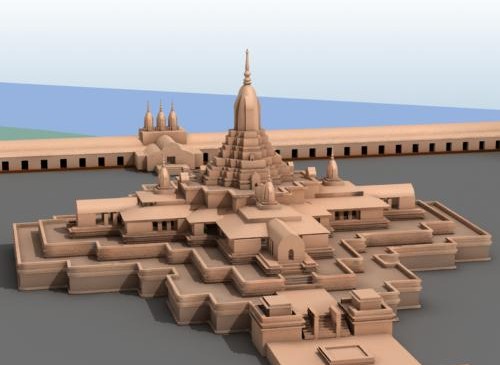 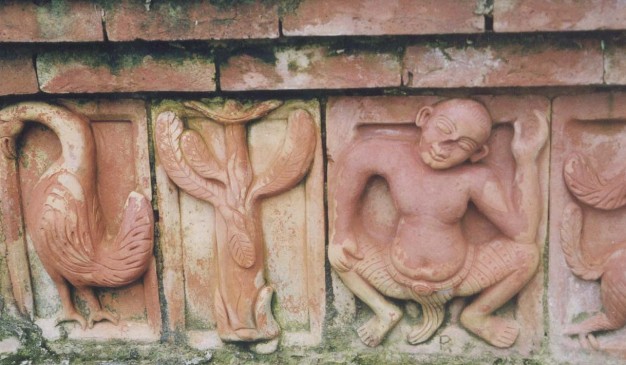 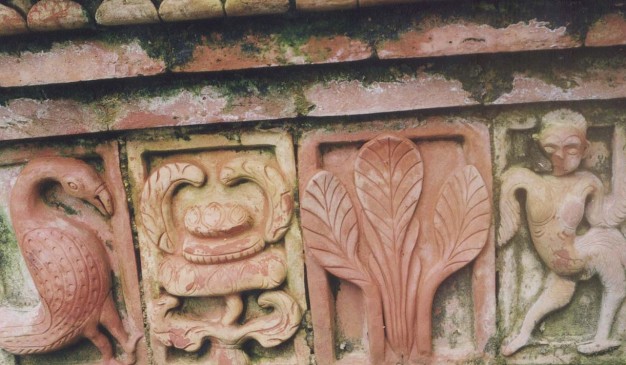 Paharpur Buddhist Monastery, also known as Somopura Mahavihara is one of the most important ancient sites in our country. It was declared as a World Heritage site in 1985. There were monasteries which were built in Pala period in Bengal and in Magadha. Dharampala Vikramsila was the pioneer in building this monastery. He was the king of Varendi Magadha. It is a large square rectangle which is approximately 920 feet. The entrance is from the north side. The outer walls of monastery point towards the sanctuary area which is designed with rows of walls. The total number of cells are 177. The central sanctuary has a solid ground plan which ascents in 3 terraces above ground level to a peak of 70 feet.

Somapura Mahavihara (Bengali: সোমপুর মহাবিহার Shompur Môhabihar) in Paharpur, Badalgachhi Upazila, Naogaon District,Bangladesh (25°1’51.83″N, 88°58’37.15″E) is among the best known Buddhist viharas in the Indian Subcontinent and is one of the most important archeological sites in the country. It was designated a UNESCO World Heritage Site in 1985.

A number of monasteries grew up during the Pāla period in ancient Bengal and Magadha. According to Tibetan sources, five great Mahaviharas stood out: Vikramashila, the premier university of the era; Nalanda, past its prime but still illustrious; Somapura Mahavihara; Odantapurā; and Jaggadala. The monasteries formed a network; “all of them were under state supervision” and there existed “a system of co-ordination among them … it seems from the evidence that the different seats of Buddhist learning that functioned in eastern India under the Pāla were regarded together as forming a network, an interlinked group of institutions,” and it was common for great scholars to move easily from position to position among them.

The excavation at Paharpur, and the finding of seals bearing the inscription Shri-Somapure-Shri-Dharmapaladeva-Mahavihariyarya-bhiksu-sangghasya, has identified the Somapura Mahavihara as built by the second Pala king Dharmapala (circa 781–821) of Pāla Dynasty. Tibetan sources, including Tibetan translations of Dharma Kayavidhi and Madhyamaka Ratnapradipa, Taranatha’s history and Pag-Sam-Jon-Zang, mention that Dharmapala’s successor Devapala (circa 810–850) built it after his conquest of Varendra. The Paharpur pillar inscription bears the mention of 5th regnal year of Devapala’s successor Mahendrapala (circa 850–854) along with the name of Bhiksu Ajayagarbha. Taranatha’s Pag Sam Jon Zang records that the monastery was repaired during the reign of Mahipala (circa 995–1043 AD).

The Nalanda inscription of Vipulashrimitra records that the monastery was destroyed by fire, which also killed Vipulashrimitra’s ancestor Karunashrimitra, during a conquest by the Vanga army in the 11th century, assumed to be an army of the Varman rulers. About a century later Vipulashrimitra renovated the vihara and added a temple of Tara.

Over time Atish’s spiritual preceptor, Ratnakara Shanti, served as a sthavira of the vihara, Mahapanditacharya Bodhibhadra served as a resident monk, and other scholars spent part of their lives at the monastery, including Kalamahapada, Viryendra and Karunashrimitra. Many Tibetan monks visited the Somapura between the 9th and 12th centuries.

During the rule of the Sena dynasty, known as Karnatadeshatagata Brahmaksatriya, in the second half of the 12th century the vihara started to decline for the last time. One scholar writes, “The ruins of the temple and monasteries at Pāhāpur do not bear any evident marks of large-scale destruction. The downfall of the establishment, by desertion or destruction, must have been sometime in the midst of the widespread unrest and displacement of population consequent on the Muslim invasion.

It is located in Badalgachi Upazila of Naogaon district. Sompur Bihar at Paharpur is about 282 km by road from Dhaka. Iit will take about 6.5 hours to reach Paharpur by bus/taxi/private car if no major stops are made along the way. If one starts from Dhaka, the route shall be Dhaka – Savar – Chandra – Tangail – Jamuna Bridge – Bogura – Naogaon – Badalgashi- Paharpur. The best way to tour the site is to first reach Naogaon and stay there or reach Badalgacchi and stay there in Dakbanglo.

There are eating facilities in the guest house in Paharpur. If you from Naogaon it is recommended that you bring your own food. There are some food shops or restaurants nearby but they may not be enough to suffice their hunger.

Aggmeda Khyang Monastery is a beautiful place in Cox’s Bazar. It is a large Buddhist Monastery, and a place revered by around 400,000 Buddhist people of Cox’s Bazar and the Chittagong Hill Tracts. Equally lucubrate in plan, elevation and decoration is the Aggameda Khyang near the entrance to the Cox’s Bazar town, which nestles at the foot of a hill under heavy cover of a stand of large trees.

The chief sanctuary-cum-monastery is carried on a series of round timber columns, which apart from accommodating the prayer chamber and an assembly hall, also is the repository of a large of small bronze Buddha images-mostly of Burmese origin– and some old manuscripts. Beyond the main khyang to the south, there is an promoted wooden pavilion and a smaller brick temple with a timber and corrugated metal root. Apart from bearing an inscription in Burmese over its entrance, the temple contains some large stucco and bronze Buddha images.

Lamarpara Khyang is located on the bank of the Bakkhali River that flows past the Fatekharkul union of Ramu Pourasova, 1 km. south of Ramu Chowmohony Bus-station. The Lamarpara Kyang was built in the first decade of the 19th century by Mr. Thu Aung Gyaw Chowdhury, one of the celebrities of Ramu. The brass image of the Lord Buddha set up on a marble pedestal inside the temple is the second biggest of its king in Bangladesh, the image of the Lord Buddha unearthed in the palace of Bhoj Raja in Comilla being the biggest one.

The artistry of all the structures of the temple complex made of Burma-teak is likely to elate one with wonder. Almost all the Kyangs are of the same pattern and house hundreds of big and small images of the Buddha. There are about twenty three such Khyangs in Ramu only. Except Kutubdia, there are such Kyangs in all other thanas of the district. The Bara Khyang or the big Khyang of Haitopi deserves special mention.

{:} ) [2] => Array ( [name] => Basabo Buddhist Monastery [post_id] => 7276 [post_link] => http://offroadbangladesh.com/places/basabo-buddhist-monastery/ [thumb_link] => http://offroadbangladesh.com/wp-content/uploads/2015/04/Buddhist-Temple-Bashabo-Dhaka-01-225x300.jpg [post_content] => Dhaka is the city of mosque and we are blessed with myriad of mosques at this compacted town. Comparing to Muslims, there are very few people from Bangladesh are having Buddhist in religion and which reflects to the number of their prayer halls. Dharmarajika Buddhist Monastery (ধর্মরাজিকা বৌদ্ধ মন্দির) is such a prayer hall (also known as Bashabo Buddha Mandir) located inside the Dhaka city. It was built during 1962 to conduct their activities for Buddhist community alongside the prayer, teaching, and meditation. This temple has a medium sized pond inside and beside this, you'll find a large golden status of Buddha standing on the Lotus. Also you'll find the teaching (Pali Language) center and the prayer hall inside the premise. [This spot needs more detail. If you have more information and photos, please be advised to add in our website. Your name will be published as a Content Contributor] ) [3] => Array ( [name] => Nateshwar Buddhist Temple [post_id] => 8320 [post_link] => http://offroadbangladesh.com/places/nateshwar-buddhist-temple/ [thumb_link] => http://offroadbangladesh.com/wp-content/uploads/2015/05/NT-12-300x225.jpg [post_content] =>

It is believed that this discovery will offer interesting glimpses into the early life of Atish Dipankar. A renowned Buddhist saint and scholar in Asia, who was born in this area over a thousand years ago. In the year of 2015, A 50-day excavation has been conducted in Nateshwar, which was started in 2013 by Agrasar Vikrampur Foundation.

Important Findings: Recent excavation has unearthed several valuable features from this renowned archaeological site. A massive octagonal stupa and a pair of stupas with a four-meter wide wall which are the first of their kinds in the history of the country's archaeological excavations. Discoveries of two roads and a 2.75 meters wide wall to the site's southeast side speak of a rich urban area of a bygone era.

Besides, other important relics including ash pits and pottery items have also been recovered from the site, they added. Archaeologists from both the countries expressed hope that these finds would reveal many hitherto unrevealed sides of Atish Diponkor life as well as shedding light on the advent and decline of Buddhism in this region. 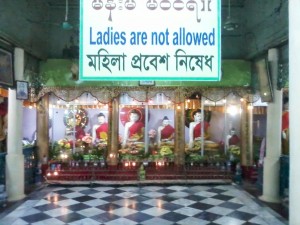 Dhaka is the city of mosque and we are… Nateshwar Buddhist temple is one of the…