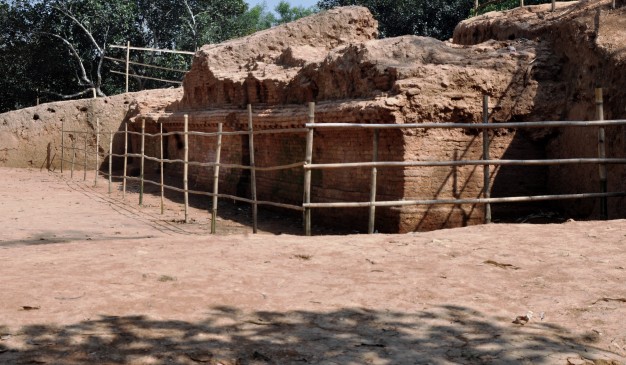 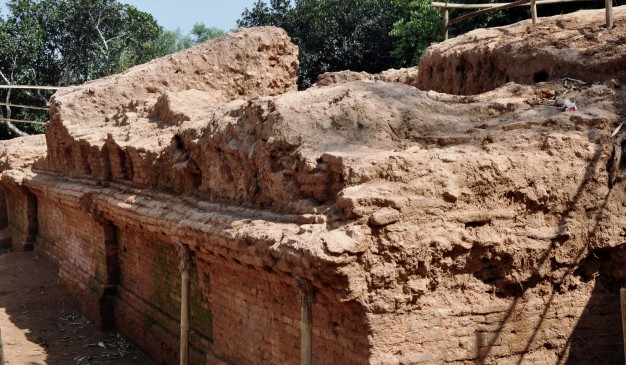 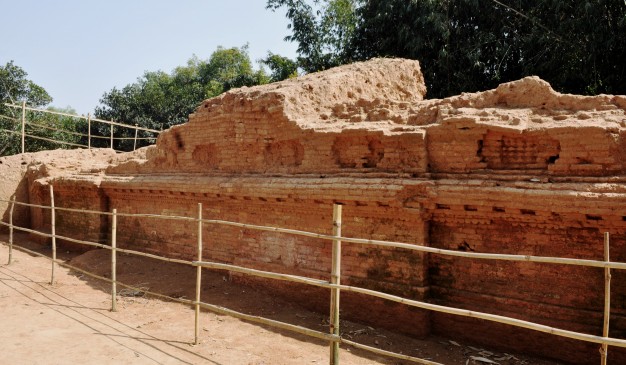 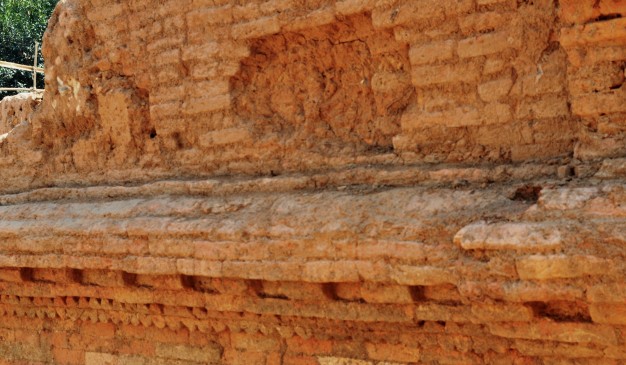 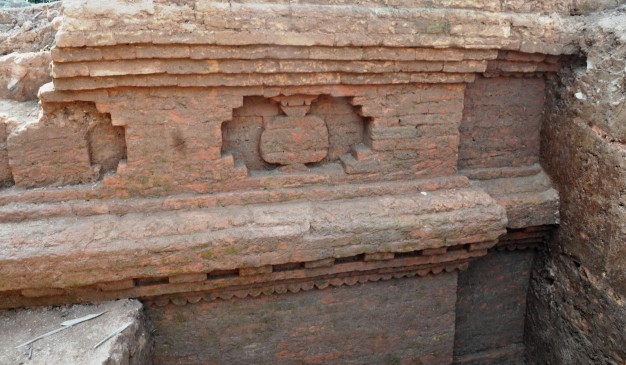 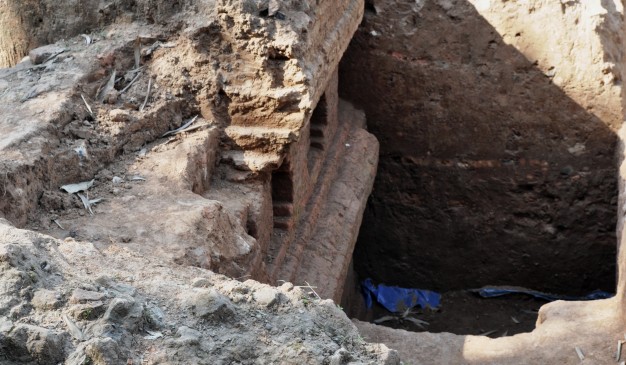 A Buddhist temple has been discovered in the territory of 2500 years old fort city named Wari-Bateshwar,Narsingdi. It has been located 14 kilometer away from the mother site of Wari-Bateshwar. It has been discovered at the village of Tongir tek, Shibpur upazila, Narsingdi. After discovering, the team of Archaeologist from Jahangirnagar University named it as ‘Tongir tek Mandir Vita’. Researcher conducting excavation there, assuming that it might be 1500 years old ancient Buddhist temple. With the discovery of this feature, it has been evaluating as a milestone in Buddha religion.

Along with the extended excavation, Researcher also collecting the seeds and pollens from this site. This collection will help a broad-spectrum research to reveal the environment, life style and eventually food habits of ancient people.

Researcher came to knew about the temple in the year of 2011, and they started excavating the site in 2012 where they found a parent room (গর্ভগৃহ) of the temple. Currently, researchers said that they have completed one-fourth of the excavation. Along with parent room of this temple there are Mandap & a Corridor interconnected which is a great sign of a complete ‘Buddhist Temple’.

There is a copperplate named ‘ASHRAFPUR COPPERPLATE’ also discovered from the same Upazila, previously. Where it was mentioned that there were four ‘Buddhist Bihar or Biharika’ in that region. Now, Archaeologist trying to discover those by excavating this temple. Generally, Buddhist Bihar is a part of the Temple & located very near to the worshipping house. May be someday, Archaeologist will discover the Bihar along with this Temple which will bring a new dimension in Buddha religion of Bangladesh.

You can ride on a Dhaka-Bhairab Bus from Mohakhali, Airport, Abdullahpur and Tongi Bus stand. When you reach at Itakhola Bus stand of Shibpur thana, Narsingdi. Then you may inform the superviser of your Bus to let you step off at Chaitanya Bus stand or Joshor Bazar. From the bus stand it’s just 1.5 km away. You can ride on a Public CNG or Auto-rickshaw to get there.

Experience the real scenario of Archaeological Excavation.
Watch the architectural beauty of 1500 years old Buddhist Temple,Probably the rare one in Bangladesh.

Referred to where to eat at Narsingdi, click here

Fegnasar Shiva Temple (ফেগুনসার শিব মন্দির) was built in the reign (1159-1185 AD) of great King Bollal Shena. Another conception said, it might be built between 1725-1758 AD during the reign of King Raj Bollov. In course of time, it was on the way to destruction. Then, Moharaja Raj Bollov took some initiative to reconstruct that. It can not be assured who particularly built that temple. King Ballav was a great devotee of Shiva.

This temple is in rectangular shape at base,measuring 15 feet length,10 feet width and about 25 feet high from the ground. Very common constructing material like bricks, cement and limes being used to build that temple. At the last day of full moon night in every Bengali month of Falgun, there is a large festival of worshiping being held here.

There are so many stories being populated among common people about the builder of that Temple. Inside the temple, there is a large "Shiva Lingha" (শিব লিঙ্গ) (Phallus) placed. According to the local people, this is the largest phallus brought from South India (not true at all,because largest one is located at Faridpur District). Just about 100 meter away, there is a branch of Dhaleswari river flowing.

Ramu Temple is located at Ramu Upazila, in a typical Buddhist village located 16 kilometers away from Cox's Bazar. It is accessible from the main highway leading to Chittagong. The village accommodates monasteries, khyangs and pagodas. It has images of Buddha in gold, bronze and other metals inlaid with precious stones inside the pagodas.

Temple on the Bagh Khali River houses relics along with a 13 feet high bronze statue of Buddha rested on a six feet high pedestal. Wood carvings here is rare and refined. In the village weavers ply their trade in open workshops and craftsmen make handmade cigars. 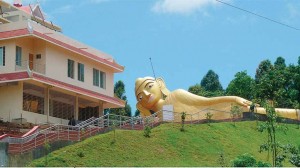 Ramu Temple is located at Ramu Upazila, in…