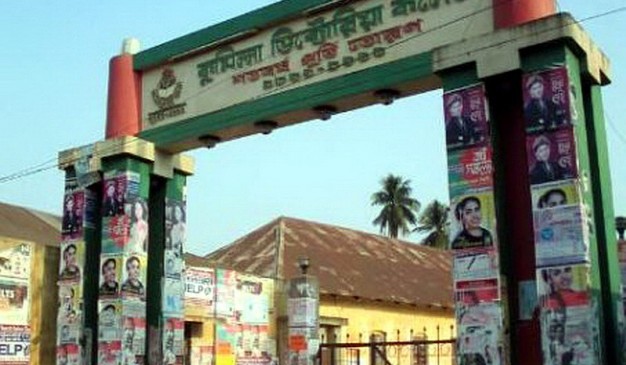 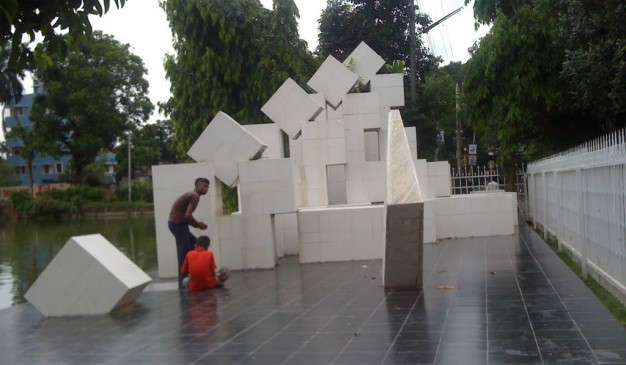 Comilla Victoria Government College (কুমিল্লা ভিক্টোরিয়া সরকারি কলেজ) is a college in Comilla, Bangladesh. It is one of the oldest and renowned colleges in Comilla as well as in Chittagong division. The college is located on 29 acres of land including its intermediate and honors section. Landlord of that time, Roy Bahadur Anandra Chandra Roy, established the college on 24 September 1899. Anandra Chandra Roy was a renowned patron of promoting and developing education in the district. He was a contractor by profession and accordingly set aside a large amount of money to establish a college for the development of higher education in Comilla.

Comilla Victoria College was thus born to fulfill his long cherished dream. In recognition of his noble endeavor, the British Government awarded him the title “Roy Bahadur” after the establishment of the college. A white sculpture was built in front of the main gate of intermediate section of the college to keep the memory of Roy Bahadur alive. Queen Victoria was the empress of India from 1876 to 1901. At that time, Comilla was under the rule of the empire, hence the college was named as Comilla Victoria College.

There are 129 teachers in this college against 150 posts. But this small number of teachers is not sufficient address such a huge number of students. The total number of departments of the college stands at 18. The departments are Accounting and Management department of Business faculty, Physics, Chemistry, Biology, Zoology, Botany, Mathematics, Statistics of Science faculty and English, Social Science, Social Welfare, History, Islamic History, Political Science, Economics, Philosophy and Arabic of Arts faculty. At present, the college has 15,000 students and 147 teachers, of whom 36 are women.

The college always stands first in Comilla Board on the basis of good result in HSC. Meritorious students try to get admission in this college because of its name and fame. Students of the Honors’ section also do very well in examinations. Most of the time students of this college get top positions in exams held under the national university.

Students of the college regularly take part in debate. They won many prizes from BTV and others debate competitions. Bangladesh National Cadet Core (BNCC), Rover Scouts are also working at the college. Sandhani and Badhon, two leading blood donation organizations of the country, regularly organize blood donation programs on the campus where students and teachers participate voluntarily.

Cultural programs are also organized. Victoria College Chhatra Sangshad played a vital role during the 1952 language movement and the 1962 movement against Ayub Khan. It was also actively involved in the Liberation War of 1971. The Memorial inside the campus commemorating the sacrifice of the freedom fighters who were students of the college.

Many students of Comilla Victoria College joined the Bangladesh liberation war in 1971. At least 334 students participated in the war of whom 35 sacrificed their lives for the noble cause. Major Rafiqul Islam, Saheed Khaza Nizam uddin got the recognition of “Bir Uttom” and Lieutenant Colonel Akbar Hossain, Saheed Abdul Momin got “Bir Protik” respectively who were the students of this college. Advocate Abdul Matin Khosru, Prof. Ali Asraf, AHM Mostafa Kamal (Lotus Kamal), AKM Baha Uddin Baher, who also participated in the war, were students of this college. A memorial has been built inside the campus commemorating the sublime contribution of the these freedom fighters. Comilla Victoria College has five dormitories: four for boys and one for girls. About 1,000 students reside in these dormitories.

After reaching at Comilla Sadar Upazila, take local transport to reach that college.

Comilla Zila School is a boy's school in Comilla City. It is one of the oldest schools in the country. It was the only school in Comilla for four decades before the establishment of Nawab Fayjunnesa Girl's High School in 1878. For decades the school has secured first place in scoring highest A+ among the schools under Board of secondary education, Comilla.

History: The school, in the center of Comilla, was established in 1837 by an Englishman named H. G. Legister. It was governmentalized as a high school by the government of British India for teaching English literature and science and named Comilla Zila School. In the 1850s the school building expanded and improved its teaching structure.

Facilities: These school has three academic buildings, an administrative building and two hostels. There is a big field in the school arena. Other facilities include mosque, workshop, auditorium, canteen, shaheed minar, and library. There are fifty teachers and twenty staff. The school has five laboratories. It is one of the best school in Bangladesh. Initially the school conducted only one shift. From 1991 two shifts were introduced: morning and day. Presently all the classes from 5 to 10 are running. There are six sections in each of the classes: ‘A’, ‘B’, ‘C’, and ‘A’, ‘B’ and ‘C’ for class five to eight where ‘A’, ‘B’ and ‘C’ are in morning shift and day shift. There are two sections in nine and ten; they are 'A' and 'B'.

There are 60 students in each of the sections. For class nine and ten students are distributed into four sections following the same structure with a larger number of students in a class. Almost 2,000 students are studying in the school with 53 teachers. The uniform is a white shirt with white full trousers and white shoes and black belt. The school monogram is printed on the shirt pocket. Usually students are admitted in class 5 and 6. Admission can be considered in other classes if a vacancy is available or if someone is transferred from some other government school. The admission test is usually taken in the first week of January.

Cultural activities: each year the students celebrate the Shorosoti Puja on the school field.

Notable alumni: Dhirendranath Datta: Bengali lawyer who was active in the politics of undivided Bengal in pre-partition India and later in East Pakistan (1947–1971). On February 23, 1948, in the Pakistan Constituent Assembly in Karachi, Dhirendranath, as a member of Pakistan National Congress, made a speech calling for Bengali to be made one of the official languages of Pakistan. He served as the Minister of Health and Social Welfare (East Pakistan) in Ataur Rahman Khan's cabinet (1956–58).

Connection classroom: Comilla Zila School always thinks one step ahead for assuring the highest learning facility for its students. On that note, in the year 2010, Comilla Zila School joined Connection classroom programme based on an enterprise for establishing an interrelationship among the students of some national and international schools of home and abroad (British school).Through the E-LEARNING system the students of Zila School get linked to that process under the kind observation of BRITISH COUNCIL. In Comilla 4 schools participated in that programme but like all the time zila school was the "SHOW STEALER". With the help of some experienced teachers, students represented the culture, archeology, tradition of Comilla by their rejuvenate presentation. At the same time, the students also rocked the cultural show of SHHEED ABU JAHEED AUDITORIUM.

For that programme, students were selected from different classes who made presentation on different topics related to the city Comilla. Students of CZS showed their both technical and marital skill. A cultural function was organized by the authority to add a new dimension to this programme. That programme was a joint venture of two rival schools COMILLA ZILLA SCHOOL and NAWAB FAIZUNNESA GOVT. GIRLS' SCHOOL. Whole programme was anchored by the students from both institution. Audience were amazed to enjoy that types of function for the first time at the present of two different schools. Principals from three different schools of BRITAIN were the chief guests. And the honorable Headmaster along with two asst. Headmaster were the special guests. And all the teachers from both day and morning shifts were present at that function. The whole programme was a little contribution to establish a friendship among the students of two different country. Actually, it's a part of modern globalization process by which students from every corner can have the same view and same knowledge. And as a part of that motto, the programme of Connection classroom was a huge success.

Kobi Nazrul Government College was established at 1874, but it had a different name that time. Later on changing different names at different times, it’s ended at its current name. If you want to read more about the naming and the story of the college, please read at wikipedia, the link is provided in the contents beside the main body.

At the end of the ground, you can see a monument which is a token of the commemoration for the 1952 language martyrs. It’s a small one, and black in color. From first look, it will give you a mix taste of the Shahid Minar and the Smriti Shoudho.

Every year, around 540 students get enrolled in undergraduate programs to study engineering and architecture in this institution. In undergraduate admission test, only about top 10% students can get admitted among 5,000 selected candidates. The total number of teachers is about 300. The University has continued to expand over the last three decades. This includes the construction of new academic buildings, halls of residence.

The University originated in 1980 as College of Engineering at its temporary campus at Tejgaon, Dhaka under the University of Dhaka offering four years ' Bachelor degree in Civil, Electrical and Electronic, Mechanical Engineering 'to help meet the growing need for advanced engineering education in Bangladesh. After a short span of time, College of Engineering is renamed as Dhaka Engineering College (DEC). Then the DEC shifted to its present permanent campus Gazipur City in 1983. DEC was converted to Bangladesh Institute of Technology (BIT), Dhaka as a degree awarding Institute by the government ordinance in 1986 to find solutions to various problems it had been facing since its inception. The journey of BIT, Dhaka was not also so smooth. It faced many problems and could overcame some of the problems faced by DEC. To alleviate this situation, from September 2003, Dhaka University of Engineering & Technology (DUET), Gazipur was created out of BIT, Dhaka. DUET has ultimately turned into an Institution, which can now boost its commitment to quality engineering education and has established a good reputation all over the world for the quality of its graduate. 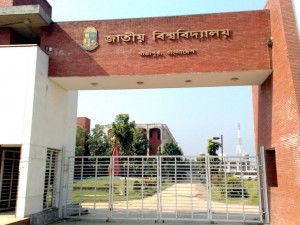 National University was established in 1992 by an Act… 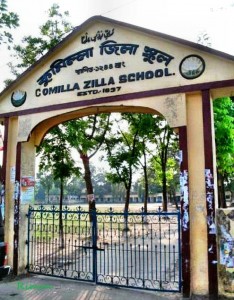 Dhaka University of Engineering and Technology