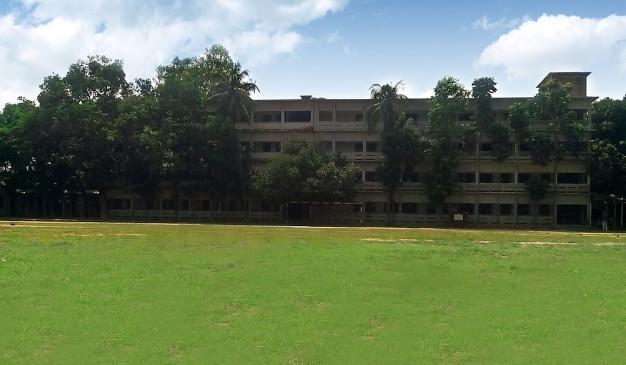 Bogra Zilla School (Bengali: বগুড়া জিলা স্কুল) is the oldest high school in the Bogra district of Bangladesh and one of the top-ranked schools in the country. It provides education from class three (Grade-3) to class ten (Grade-10). It was a private English medium school before becoming a public school.

Bogra Zilla School was established in 1853. Babu Bhagabati Charan Ghosh was the first headmaster. It was a private (non-government) school before becoming a public one. It came under governmental management through the efforts of then magistrate and collector Mr. Russell and deputy collector Babu S. Mukharjee. This school observed its 150th anniversary celebration in 2005.

Bogra Zilla School was the second government high school in the Bogra district during British rule. Babu Bhagabati Charan Ghosh was appointed Headmaster of the school and held the post for six years. Bogra’s native son Babu Kishoree Lal Roy, who is the author of many philosophical writings, was an early student of this school. In his book Free Enquiry after Truth he wrote, “In 1853 a Government English school was established here and I obtained my entrance into it. My progress in this institution has been remarked by its first and best of its Headmasters that ever were, to have been remarkably rapid. Be it said with deep respect and gratitude that under the judicious tuition of Babu Bhagabati Charan Ghosh I obtained a useful knowledge of the English language within about four years and a half. I have always thought Bhahabati Babu to be one of my greatest benefactors on Earth and will think so for ever also.”

There were four teachers during the period of Bhagabati Babu. According to the National School Committee, the school appears to have beeb founded principally by the sons and relatives of the clerks’ officers connected with the Courts. After Bhagabati Babu, A. C. Mukharjee became Headmaster in 1859. During his tenure, two students passed in 2nd division, and one passed in 1st division with scholarship in 1862. Around this time, the practice of giving books as rewards to the students of both Bangla and English schools based on their performance was started.

During the prize-giving ceremony more than a hundred taka used to be spent for fireworks. During 1859–60, the inspector of the schools of the north-east areas and Assam, Mr. W. Robinson, conducted the ceremony. He arranged a demonstration with a magic lantern for their entertainment and showed many interesting and educative events of nature such as the motions of the stars and planets, a solar and lunar eclipse, a cyclone, etc. From 1881 to 1885, a school building was constructed of bricks.

The school now has 52 faculty members and 4000 students. The faculty members are graduates from universities in Bangladesh, and student applicants, mostly from top elementary schools, are put through a competitive admission selection process.

Referred to where to eat in Bogra, click here

Kobi Nazrul Government College was established at 1874, but it had a different name that time. Later on changing different names at different times, it’s ended at its current name. If you want to read more about the naming and the story of the college, please read at wikipedia, the link is provided in the contents beside the main body.

At the end of the ground, you can see a monument which is a token of the commemoration for the 1952 language martyrs. It’s a small one, and black in color. From first look, it will give you a mix taste of the Shahid Minar and the Smriti Shoudho.

Mawlana Bhashani Science and Technology University (MBSTU) was established at Santosh, Tangail in 1999 with a view to provide modern and scientific knowledge through high quality education to the students. Today's MBSTU is the outcome of the dream which had been dreamt by Mawlana Bhashani long ago. The students are educated in such a way, that they would also have knowledge on life history of Mawlana Bhashani and his social & political activities, ethics. In the true spirit of interdisciplinary approach, the students would, therefore, emerge as professionals with a humane outlook towards life.

On 21 November 2002 Prof. Dr. Md. Yusuf Sharif Ahmed Khan had been appointed as the first Vice Chancellor of the university and finally MBSTU started running officially with only two departments -Information and Communication Technology (ICT) & Computer Science and Engineering (CSE) under the first faculty of the university, which is the Faculty of Computer Science & Engineering. MBSTU had started its first academic activities with a total of 83 students and 5 teachers of the CSE faculty on 25 October 2003. After about eight months of academic duration of the university, two new departments were opened - Environmental Science & Resource Management (ESRM) and Criminology & Police Science (CPS) under the second faculty of the university, which is the Faculty of Life Science.

At present the university holds a total of about 2000 students and is making its way towards success and glory.