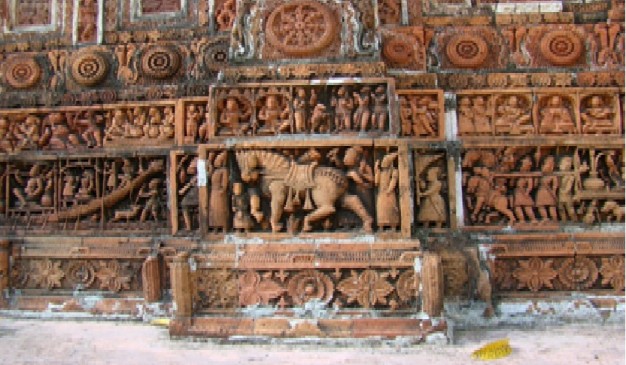 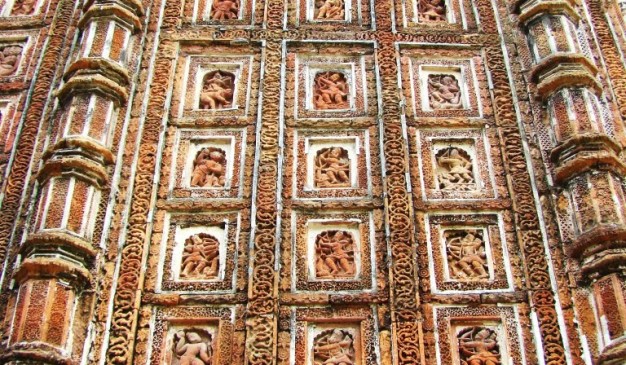 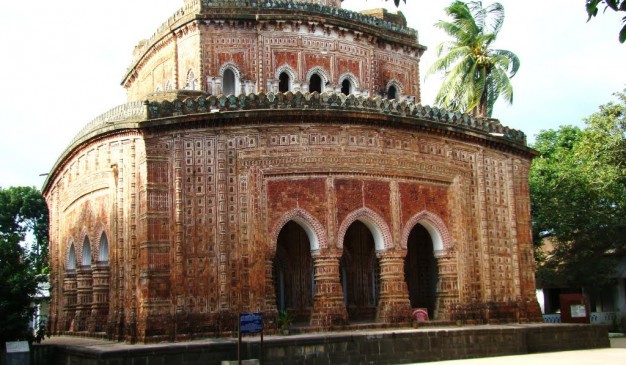 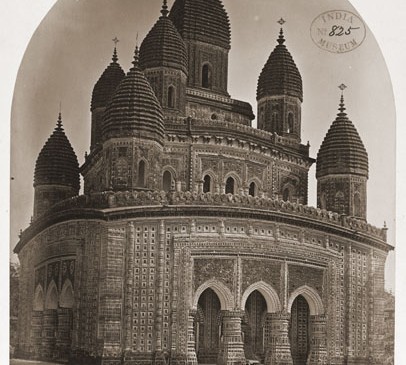 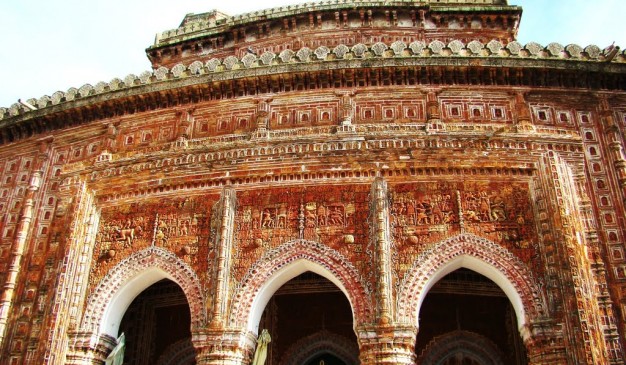 Kantaji Temple, also known as the Kantanagar Temple, is located in the graceful heart of gorgeous countryside of Dinajpur. This is a stunning block of religious artwork, and is surely one of the most impressive Hindu monuments in Bangladesh.

Built in 1704-1752 A.D. by Pran Nath, a renowned maharaja from Dinajpur, and his adopted son Ram Nath, it is the country’s finest example of brick and terracotta style. Its most remarkable feature, typical of late Mughal-era temples, is its superb surface decoration, with infinite panels of sculpted terracotta plaques.
This 15-sq-meter, three-story edifice was originally crowned with nine ornamental two-story towers, which collapsed during the great earthquake of 1897 and were never replaced. The temple is built on a high platform. This is a Nava-ratna temple. The roof of the ground floor and first floor each contains four sikharas or ratnas at their corners while the roof of second floor in its middle contains the ruins of the central sikhara.

The entire outer surface of the temple is exquisitely established with terracotta plaques which depict flora and fauna, geometric motifs, mythological scenes from the Ramayana and the Mahabharata, and the contemporary social scenes and favorite pastime. The idol of Kantaji is kept in the garvagriha of the temple in its ground floor.
The department of Archaeology has been performing the necessary conservation and restoration works of Kantaji Temple since it was declared a protected monument by the Government in 1960. This is a UNESCO world heritage site.

Referred to how to go Dinajpur from Dhaka, click here.

How To Reach: Dinajpur District

The accommodation facilities in Dinajpur are developed than before. Some of the places you may consider staying in are listed below for your assistance.

One can start his journey for the monument from Dinajpur town or Sayedpur Airport by any kind of motorized vehicle. We suggest travelers to hire a rickshaw van of take a ride by ‘Nosimon’ from the place called “Das Mile”, which means 10 miles’ upto “Baro Mile”, which means 12 miles’ boat point. It may take 10-20 Taka person for ride. You can also observe architectural beauty of 1704-1752 A.D. of the temple.

The food management is also very good. You can get different types of food items there. It won’t be a great problem to find a suitable restaurant for you to eat. The foods are also very delicious. You can get foods also from the resident hotel where you are staying.

There is a small market where you can find different types of items that are related with these places. These are really nice places that are very charming.

Jora Shiv Mandir is located at the Sukulpotti area of Natore Sadar. It is assumed that this Shiv Temple was established by the adopted daughter of High Queen Rani Bhabani. In Sangskrit language, Shiv means happy/benevolent/kind/eminent. Also, as for a person’s name, it is meant as auspicious/ propitous. This temple is also known as Sree Sree Mohakali and Jora Shiv Mandir.

In the Bangla month of Falgun, the 14th lunar day’s night of dark fortnight is considered as the Shiv-night which is very auspicious for Hindu women. This temple holds the architectural beauty and history of many many years.The outer scenario and design can easily depict the expert artistical work and the inclination of hte then architects. every year, Hindu community celebrate very gorgeous Durga Puja in this temple.

Naldanga Temple Complex was build in 1656 by Maharaj Indranarayan Debroy. The total number of temples amounts to six. The then government rebuilt those, but were destroyed due to riots. Rebuilding process is still being carried on. 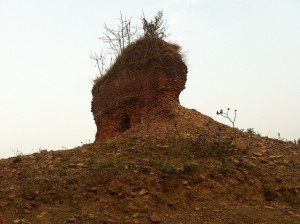 Naldanga Temple Complex was build in 1656…