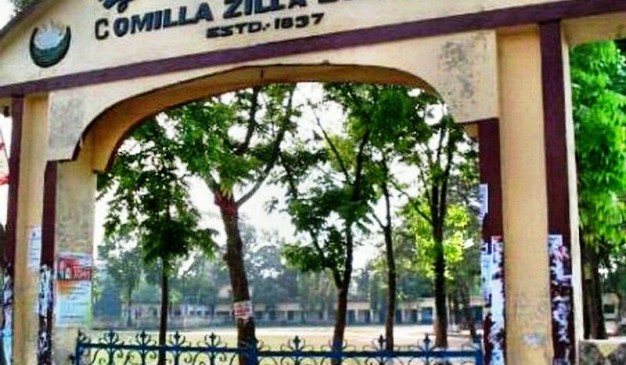 Comilla Zila School is a boy’s school in Comilla City. It is one of the oldest schools in the country. It was the only school in Comilla for four decades before the establishment of Nawab Fayjunnesa Girl’s High School in 1878. For decades the school has secured first place in scoring highest A+ among the schools under Board of secondary education, Comilla.

History: The school, in the center of Comilla, was established in 1837 by an Englishman named H. G. Legister. It was governmentalized as a high school by the government of British India for teaching English literature and science and named Comilla Zila School. In the 1850s the school building expanded and improved its teaching structure.

Facilities: These school has three academic buildings, an administrative building and two hostels. There is a big field in the school arena. Other facilities include mosque, workshop, auditorium, canteen, shaheed minar, and library. There are fifty teachers and twenty staff. The school has five laboratories. It is one of the best school in Bangladesh. Initially the school conducted only one shift. From 1991 two shifts were introduced: morning and day. Presently all the classes from 5 to 10 are running. There are six sections in each of the classes: ‘A’, ‘B’, ‘C’, and ‘A’, ‘B’ and ‘C’ for class five to eight where ‘A’, ‘B’ and ‘C’ are in morning shift and day shift. There are two sections in nine and ten; they are ‘A’ and ‘B’.

There are 60 students in each of the sections. For class nine and ten students are distributed into four sections following the same structure with a larger number of students in a class. Almost 2,000 students are studying in the school with 53 teachers. The uniform is a white shirt with white full trousers and white shoes and black belt. The school monogram is printed on the shirt pocket. Usually students are admitted in class 5 and 6. Admission can be considered in other classes if a vacancy is available or if someone is transferred from some other government school. The admission test is usually taken in the first week of January.

Cultural activities: each year the students celebrate the Shorosoti Puja on the school field.

Notable alumni:
Dhirendranath Datta: Bengali lawyer who was active in the politics of undivided Bengal in pre-partition India and later in East Pakistan (1947–1971). On February 23, 1948, in the Pakistan Constituent Assembly in Karachi, Dhirendranath, as a member of Pakistan National Congress, made a speech calling for Bengali to be made one of the official languages of Pakistan. He served as the Minister of Health and Social Welfare (East Pakistan) in Ataur Rahman Khan’s cabinet (1956–58).

Connection classroom: Comilla Zila School always thinks one step ahead for assuring the highest learning facility for its students. On that note, in the year 2010, Comilla Zila School joined Connection classroom programme based on an enterprise for establishing an interrelationship among the students of some national and international schools of home and abroad (British school).Through the E-LEARNING system the students of Zila School get linked to that process under the kind observation of BRITISH COUNCIL. In Comilla 4 schools participated in that programme but like all the time zila school was the “SHOW STEALER”. With the help of some experienced teachers, students represented the culture, archeology, tradition of Comilla by their rejuvenate presentation. At the same time, the students also rocked the cultural show of SHHEED ABU JAHEED AUDITORIUM.

For that programme, students were selected from different classes who made presentation on different topics related to the city Comilla. Students of CZS showed their both technical and marital skill. A cultural function was organized by the authority to add a new dimension to this programme. That programme was a joint venture of two rival schools COMILLA ZILLA SCHOOL and NAWAB FAIZUNNESA GOVT. GIRLS’ SCHOOL. Whole programme was anchored by the students from both institution. Audience were amazed to enjoy that types of function for the first time at the present of two different schools. Principals from three different schools of BRITAIN were the chief guests. And the honorable Headmaster along with two asst. Headmaster were the special guests. And all the teachers from both day and morning shifts were present at that function. The whole programme was a little contribution to establish a friendship among the students of two different country. Actually, it’s a part of modern globalization process by which students from every corner can have the same view and same knowledge. And as a part of that motto, the programme of Connection classroom was a huge success.

Bogra Zilla School (Bengali: বগুড়া জিলা স্কুল) is the oldest high school in the Bogra district of Bangladesh and one of the top-ranked schools in the country. It provides education from class three (Grade-3) to class ten (Grade-10). It was a private English medium school before becoming a public school.

Bogra Zilla School was established in 1853. Babu Bhagabati Charan Ghosh was the first headmaster. It was a private (non-government) school before becoming a public one. It came under governmental management through the efforts of then magistrate and collector Mr. Russell and deputy collector Babu S. Mukharjee. This school observed its 150th anniversary celebration in 2005.

Bogra Zilla School was the second government high school in the Bogra district during British rule. Babu Bhagabati Charan Ghosh was appointed Headmaster of the school and held the post for six years. Bogra's native son Babu Kishoree Lal Roy, who is the author of many philosophical writings, was an early student of this school. In his book Free Enquiry after Truth he wrote, “In 1853 a Government English school was established here and I obtained my entrance into it. My progress in this institution has been remarked by its first and best of its Headmasters that ever were, to have been remarkably rapid. Be it said with deep respect and gratitude that under the judicious tuition of Babu Bhagabati Charan Ghosh I obtained a useful knowledge of the English language within about four years and a half. I have always thought Bhahabati Babu to be one of my greatest benefactors on Earth and will think so for ever also.”

There were four teachers during the period of Bhagabati Babu. According to the National School Committee, the school appears to have beeb founded principally by the sons and relatives of the clerks' officers connected with the Courts. After Bhagabati Babu, A. C. Mukharjee became Headmaster in 1859. During his tenure, two students passed in 2nd division, and one passed in 1st division with scholarship in 1862. Around this time, the practice of giving books as rewards to the students of both Bangla and English schools based on their performance was started.

During the prize-giving ceremony more than a hundred taka used to be spent for fireworks. During 1859–60, the inspector of the schools of the north-east areas and Assam, Mr. W. Robinson, conducted the ceremony. He arranged a demonstration with a magic lantern for their entertainment and showed many interesting and educative events of nature such as the motions of the stars and planets, a solar and lunar eclipse, a cyclone, etc. From 1881 to 1885, a school building was constructed of bricks.

The school now has 52 faculty members and 4000 students. The faculty members are graduates from universities in Bangladesh, and student applicants, mostly from top elementary schools, are put through a competitive admission selection process.

Jatiya Kabi Kazi Nazrul Islam University is the first and only public university established in memory of great national poet Kazi Nazrul Islam of Bangladesh. It is in a place popularly known as Battala (shade of banyan tree) at Trishal Upazilla of Mymensigh district. 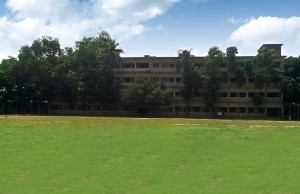