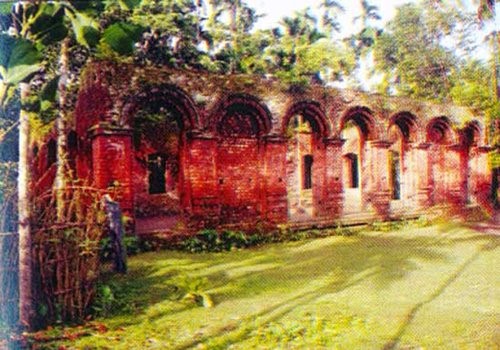 Haturia is the birth place of Zamindar Sekander Ali Chowdhury who was the Recognized Muslim Zamindar in British Period. Haturia is the place in Gosairhat Upazila where once upon a time, there was Stimar Station. The old structure of Haturia Zamindar Bari is now destroyed for lack of caring. If Government or any other not care it or take any steps, it will be distinct as soon as possible.

Referred to how to go to Shariatpur District, click here.

How To Reach: Shariatpur District

It can be said that the communication system of Shariatpur was backward until 1992 definitely. There was only 3 km of road facilities in the district. The street was created as a result of the gradual improvement in the district. However, in every district, union, even with most of the rural road, network has been developed. Different regions of the country to the east of the capital and other districts Shariyatpur travel was the primary cause of water. Kamcarastaya be spies of the public at least 35 kilometers on foot Angaria Latest from the law suit was to launch in Madaripur. Back to Faridpur Sadar, Shariyatpur days would at least some villagers. With the gradual development of the street, was established ebansariyatapure district has reduced the problem. The boats was the main vehicle for rainy season. Before 1950, the region adjacent to the boat janasadharanagayanara Chandpur, Dhaka or in Narayanganj, had to travel. Downstream by boat south of the country, the business was in Barisal. Over time, with boat launches and steamers were replaced. Before bhojesbara, Sureshwar and pattite steamers were Gorge. But does allow the sthaneara steamer. In 1991, the new steamer pattite crowd. SHARIATPUR rainy season, WAPDA Wharf, Angaria, bhojesbara, Naria, bhedarganj, laukhola, damudya, Sureshwar, bandana, and the launch of the space to navigate through different places. Only in the dry season Sureshwar, WAPDA Ghat, laukhola and bandana launch crowd. The bahananauka rainy season. Since the trip was a little easier now going trawlers. In the dry season, however, can move rickshaw through the streets of mud. How many police with all the facilities so you can walk the streets. Shariatpur be done to live up to Sureshwar Madaripur movement. Baby or assessment can be collected from there. Through to the launch of a long time Shariyatpur public capital. Sureshwar dry season, WAPDA Ghat, laukhola and up launches at pattihate reach the masses. The shariatpur Mawa Ghat and mangalamajhiraghata be easily used to pass on.

Sadarghat, dhaka to Shariatpur via Launch

You need to search for local restaurants nearby.

Array ( [0] => Array ( [name] => Kusumba Mosque [post_id] => 3656 [post_link] => http://offroadbangladesh.com/places/kusumba-mosque/ [thumb_link] => http://offroadbangladesh.com/wp-content/uploads/2015/02/84463426-300x199.jpg [post_content] => Kusumba Mosque is named after the village of Kusumba, under the Manda upazila of Naogaon district, on the west bank of the Atrai River. It is inside a walled enclosure with a monumental gateway that has standing spaces for guards. It was built during the period of Afghan rule in Bengal under one of the last Suri rulers Ghiyasuddin Bahadur Shah, by one Suleiman who was probably a high ranking official. The inscription tablet in Arabic (only the word ‘built by’ is in Persian) dating the building to 966 AH (1558-59 AD) is fixed over its eastern central entrance. Although built during Suri rule, it is not influenced at all by the earlier Suri architecture of North India, and is well grounded in the Bengal style. The brick building, gently curved cornice, and the engaged octagonal corner towers are typical features. The mosque, presently protected by the Department of Archaeology of Bangladesh, was badly damaged during the earthquake of 1897. Although the main fabric of the building is of brick the entire exterior walls, and the interior up to the arches of the pendentives have stone facing. The columns, platform, floor, and perforated side screens are of stone. The mosque has a rectangular plan with three bays and two aisles, three entrances on the east and two each on the north and south sides. The central mihrab is projected in the west. The interior west (qibla) wall has two mihrabs on the floor level opposite the central and southeastern entrances, but the one in the northwestern bay is above a raised platform ascended by a staircase on the east. The presence of such a platform in a non-imperial mosque indicates that not only royalty, but nobility and high-ranking officials were also separated from the general public during prayers. The mihrabs have elaborate stone carving. They have cusped arches crowned with kalasa (water pot) motifs, supported on intricately carved stone pillars which have projections and tasseled decorations hanging from chains. Bunches of grapes and vines curve in an almost serpentine manner on the mihrab frames, and kalasas, tendrils and rosettes are reduced to dots. The platform edge has grape vine decoration, and there are rosettes on the spandrels of the arches supporting the platform, as well as on the mihrab wall. The stone used in the exterior facing is of a coarse quality and carved in shallow relief. Mouldings are most prominent decorative feature on the outside. They divide the walls into upper and lower sections, run all along the curved cornice, around the corner towers, in a straight line below the cornice, and frame the rectangular panels in the east, south and north walls. The spandrels of the central entrance arch are filled with small kalasa and rosette motifs. The north and south sides have screened windows. ) [1] => Array ( [name] => Harisachandra Pat or Rajbari [post_id] => 6261 [post_link] => http://offroadbangladesh.com/places/harisachandra-pat-or-rajbari/ [thumb_link] => http://offroadbangladesh.com/wp-content/uploads/2015/02/offroadbangladeshlogo2-300x178.png [post_content] =>

House of Jogunath Roy is located in Sreenagar Upazila of Munshiganj District. Jogunath Roy was intended to live here even after the Liberation War in 1971, but the social condition did not permit him to stay in his motherland. He was then migrated in India.

The founder of Dewan Bari Jamindaar Bari was Fonivuson Mojumdar. Fonivuson Mojumdar's Father Name was Landlord Radharomon and mother's name as Kusum Kumari Devi who was the second wife of Radharomon. He was born in 1892. This landlord house is a small 2 stores Building. But the main gate of the house is look like as a Mughal Castle - gate. After banned the Real estate practices in 1952 the house was auctioned. Now there have a school and some business center.Located at Deowan Bari road in Rangpur. 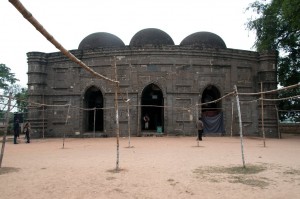 House of Jogunath Roy is located in… 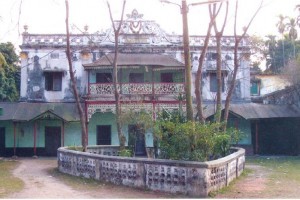